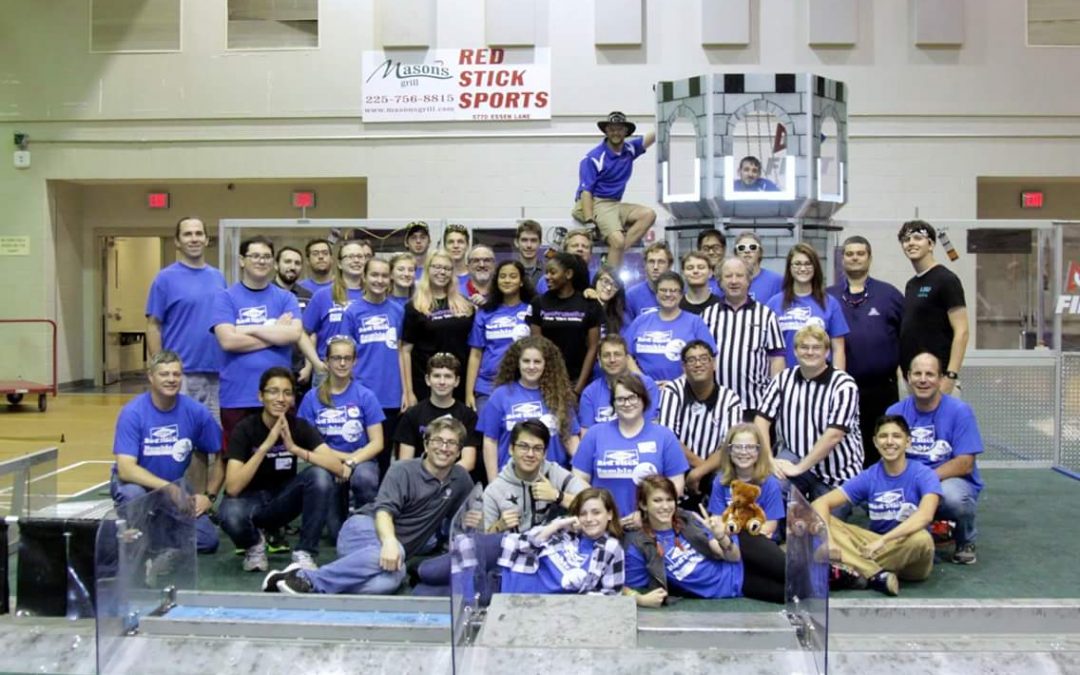 After forty intense matches, the second seed alliance; Team 4587, Jersey Voltage from Houston Texas, Team 4107, Team Storm from Gulfport Mississippi, and Team 4978, Tiger Robotics from Baton Rouge, Louisiana advanced through the elimination bracket to clench the victory as champions of the Rumble.

Teams also brought in supplies to be donated to people affected by the 2016 Flood. Over 100 book-sacks filled with school supplies, six 40 gallon totes of toiletries, food-stuffs, toys, and other items were donated to Woodlawn to distribute to those who were in need.

Many thanks go to the Partner Sponsor of the event, Dow Chemical, who is also a major sponsor of the team. Thanks also goes to Indiana’s AndyMark for providing food for all of the volunteers and teams on Friday evening.