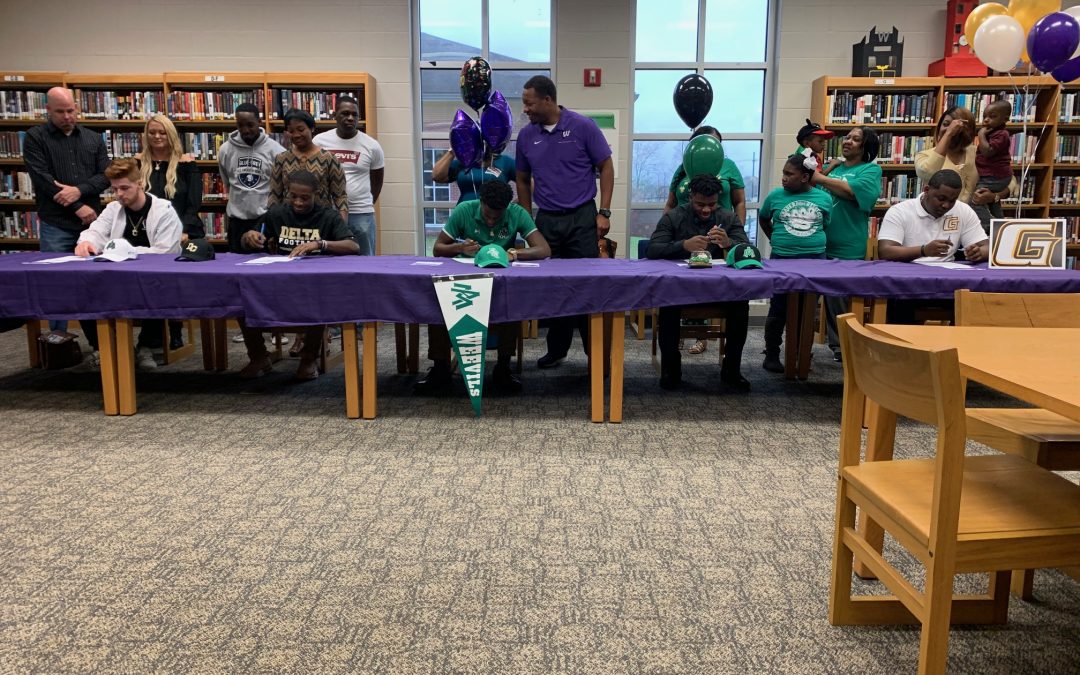 Caleb Blanchard, Carl Owens, and Jonero Scott each signed with the University of Arkansas at Monticello. Located in Monticello, Arkansas, the Division II program is home to former Panther Jonathan Scott.

Carl has been a member of the football team at Woodlawn High for the past two seasons as an outside linebacker and defensive end. Carl has also played basketball for all four years at Woodlawn. Carl carries a 3.93 cumulative GPA.

Jonero will join his older brother as a running back in Arkansas. Jonero has a 2.8 GPA at Woodlawn, and has played football all four years. Jonero was named to the 2019 5-5A All-District Second Team.

Defensive Back Chris McNair, a four year member of the Panther football team, will continue his academic and athletic career at San Joaquin Delta College, located in Stockton, California. Chris currently has a 2.6 GPA.

Offensive Lineman Quentin Ross signed letter of intent to join Garden City Community College. Quentin plans to continue his academic and athletic career for the next two years in Garden City, Kansas. Quentin currently carries a 2.5 GPA. Quentin was named to the 2019 5-5A All-District Second Team.

Coach Randall was extremely pleased with these five student-athletes. While addressing the crowd, he expressed how proud he was with the accomplishments these young men had achieved over the past four years and looks forward to their future at the next level and beyond.