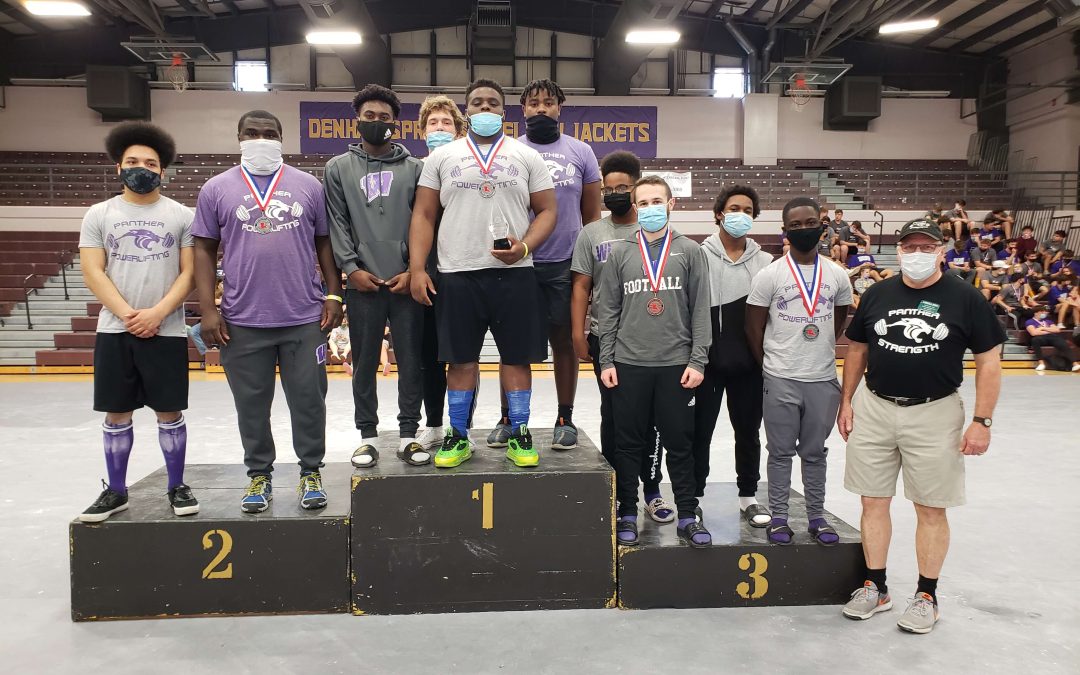 Coach Baronich was pleased with the overall effort of both the girls and boys team.

“Our kids did a great job of competing on Friday and Saturday at the Regional Meet. Many PR’s were set along with six of them earning spots in the upcoming LHSAA Division I State Meet in Monroe later this month. Our boys team scored well enough across all weight to finish as East Regional Runner-ups.”

Outside of qualifying for the State Meet, Bennett, Jones, and Nunnery were all able to break several school records.

Bennett set a new Woodlawn High record in the squat (575 pounds), bench (395 pounds), and total (1465 pounds) in the SHW class. He goes into the State Meet only one hundred pounds behind the state leader.

Nunnery set a new record in the 123 pound class with a bench of 190 pounds.