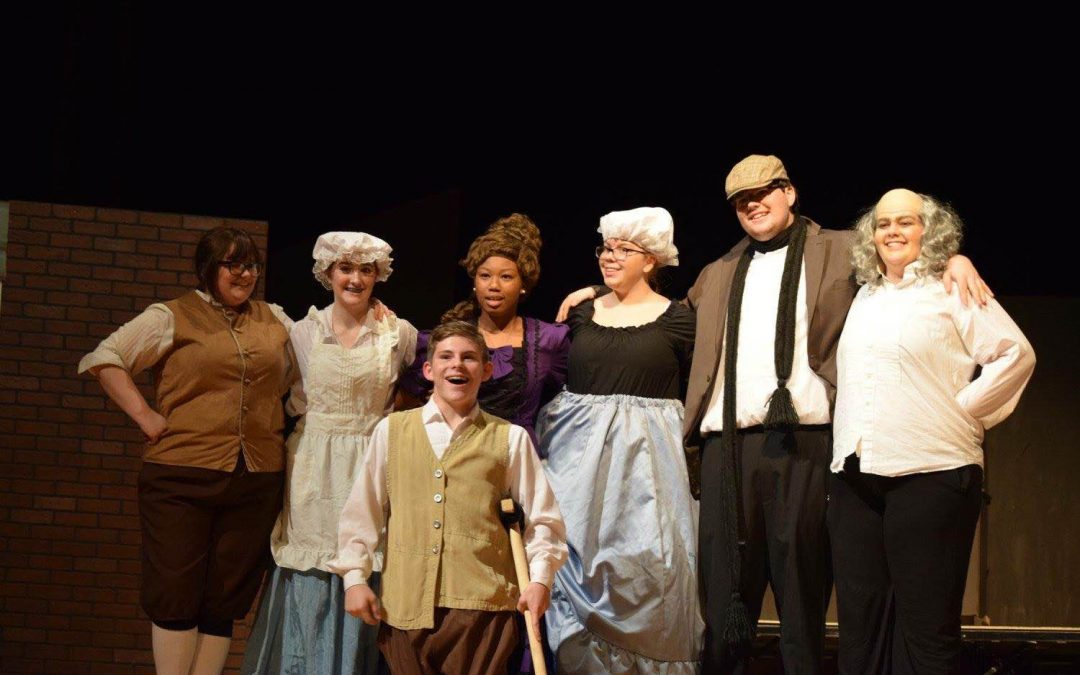 On December 1st and 2nd, Woodlawn High School’s drama department performed their annual Christmas play. This year the collection of various Woodlawn students performed “A Dickens’ Christmas Carol – A Traveling Travesty in Two Tumultuous Acts”, which is a farce of “A Christmas Carol”. 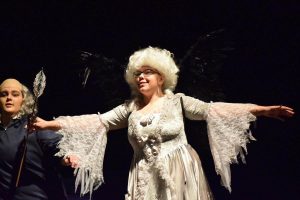 This interesting play was chosen by Ms. Morton because, “It’s hard to find Christmas plays, so you’re stuck with doing the same play or finding something new.”
This is certainly not the same classic Christmas play many are used to. For this play, anyone could audition. For the auditions, those trying out were given a sheet of paper to put down their information as well as stating what character they would like to be, based off of a short description of each character. Then, Ms. Morton would select three or so students who were auditioning, and give them a script. The students would then have to cold read a scene and based off that, the roles would be assigned. Though anyone in the school could be involved with the play, Theater III and IV students are required to participate for a grade.

Even though there were difficulties preparing for the play, such as some actors needing to drop out of the play, the actors have been very positive.

“Stressful, but so far has been an amazing experience,” commented one of the actors when asked about the process. When asked about how they feel about the play, the actors replied with squeals of excitement. Those involved with the play have been supporting it by discussing it with anyone they can and posting about it on social media.

“Students are surprised about how much they enjoy it,” says Ms. Morton when referring to plays. “I think it’s hopefully something students will learn to support, like they do sports”.