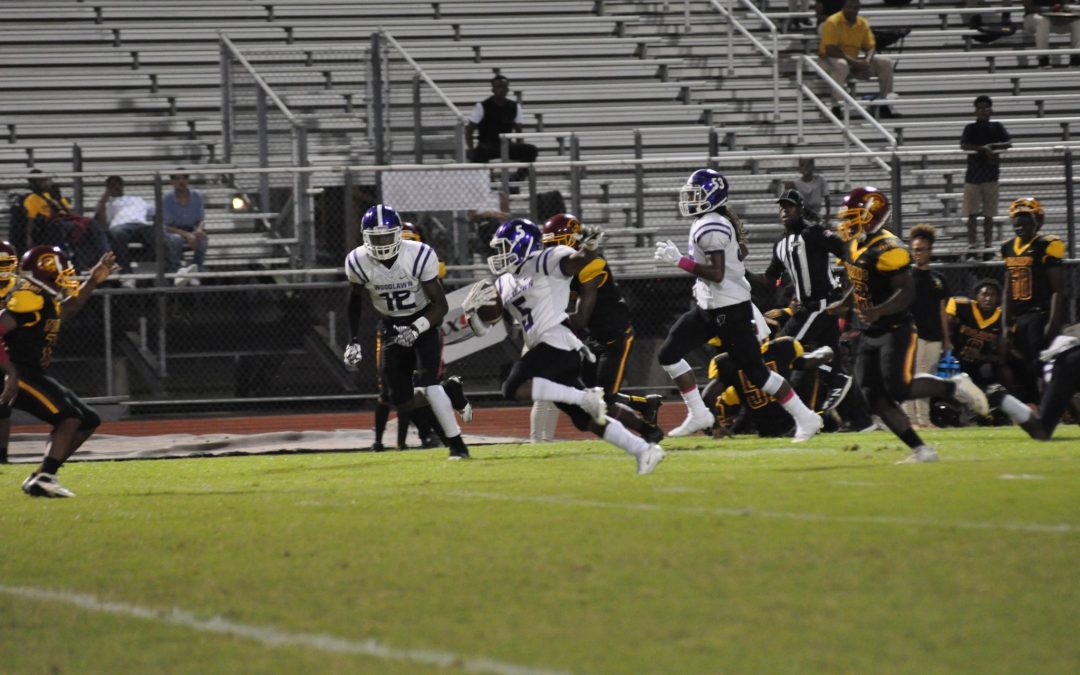 Woodlawn was dominant from the onset Thursday en route to a sixth straight victory. 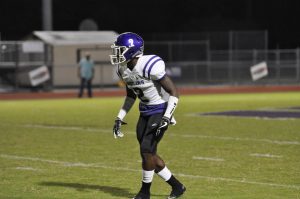 Xavier Lodge prepares for the snap versus Tara.

The Panthers’ defense immediately set the tone, and the offense exploded for its highest point total in more than a year in the 49-13 rout of visiting Tara (3-4, 0-2).

“That’s why we always defer,” coach Daniel Luquet said. “We want to get our defense on the field, because they’re the best part of our team right now. Not taking anything away from our offense. But when you’ve got the players we’ve got on our defense, you want to get them on the field and give an offense a sense of what they’re gonna be up against the rest of the night.

“We’ve really stressed turnovers because that’s the one thing this defense hasn’t really had a lot of is turnovers. Now the last two weeks we’ve gotten a couple here and there. And I’m telling you, when you’re playing that good of defense and you can turn the football over and give your offense a short field like we did tonight, we can be really good.”

Senior linebacker Anthony Arinze intercepted the Trojans’ second play from scrimmage and returned the ball 25 yards to the 6-yard line.

An offsides penalty brought Woodlawn to the 3-yard line, and senior running back Chris Middleton Jr. scored on first down.

“We knew it was gonna be pass all the way, so I dropped back in coverage and I don’t think the quarterback saw me,” Arinze smiled. “They had a lineman between me and the quarterback. All I saw was the ball come out, and I just went for it and tried to run around the corner and get an edge.” 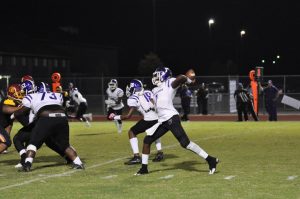 The Panthers (6-1, 2-0) forced a three-and-out on Tara’s next possession, and senior quarterback Brian Byrd and the offense got quickly back to work again.

Woodlawn marched back down the field for a 12-yard touchdown from Byrd to senior Evin Puckett.

“Me and Brian’s relationship is very good,” Puckett said. “We’ve got good chemistry on and off the practice field. We just hook up and do good things and make big plays on the football field … We’re doing good.”

The defense continued to stifle Tara, other than occasional long runs by standout running back Chris Avery.

And Byrd and company used their opportunities to further extend the lead with second-quarter strikes to Puckett and junior Bryson Reaser.

“I feel good back there,” Byrd said. “From Week 1, things were kind of shaky and we didn’t have as much chemistry. But now, Week 7, I feel comfortable back there. We’ve got some playmakers on the outside. And my job is to just get them the ball.”

The Panthers pinned Tara deep in its own territory in the final minutes of the half and sacked the punter at the 2-yard line to regain possession and set up an immediate touchdown run by Xavier Lodge for the 35-0 halftime margin.

“It feels good,” said Lodge of his opportunities to help the team on both sides of the ball. “My mindset is to score. That’s how I feel. It feels good when I play both sides.”

Avery broke free for a long third-quarter touchdown to break the shutout.

But Woodlawn answered twice to further seal the contest.

A second short run by Lodge capped a 90-yard drive late in the third, and sophomore running back Ray Sierra burst 36 yards into the end zone to push the lead to 49-6.

And Jadarius Givens rushed for a late Tara score, but only after the contest was well out of reach.

“To me, the defense, we did excellent,” said senior defensive back Jonathan Scott, who intercepted a pass in the end zone and broke up multiple other attempts. “We’ve got little stuff to pick up and patches to fill. But other than that, we’re ready.” 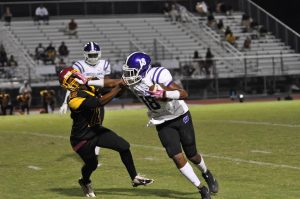 Lodge and Middleton led the rushing attack with 87 and 77 yards, respectively, and Joshua London and Sierra added 37 and 36.

“We knew it was going to happen,” Lodge said. “We just had to build. Last year we had a lot of young players, but most of them are seniors this year, so we’re ready to rock and roll now.”