Woodlawn rolls away from G.W. Carver for first win of football season 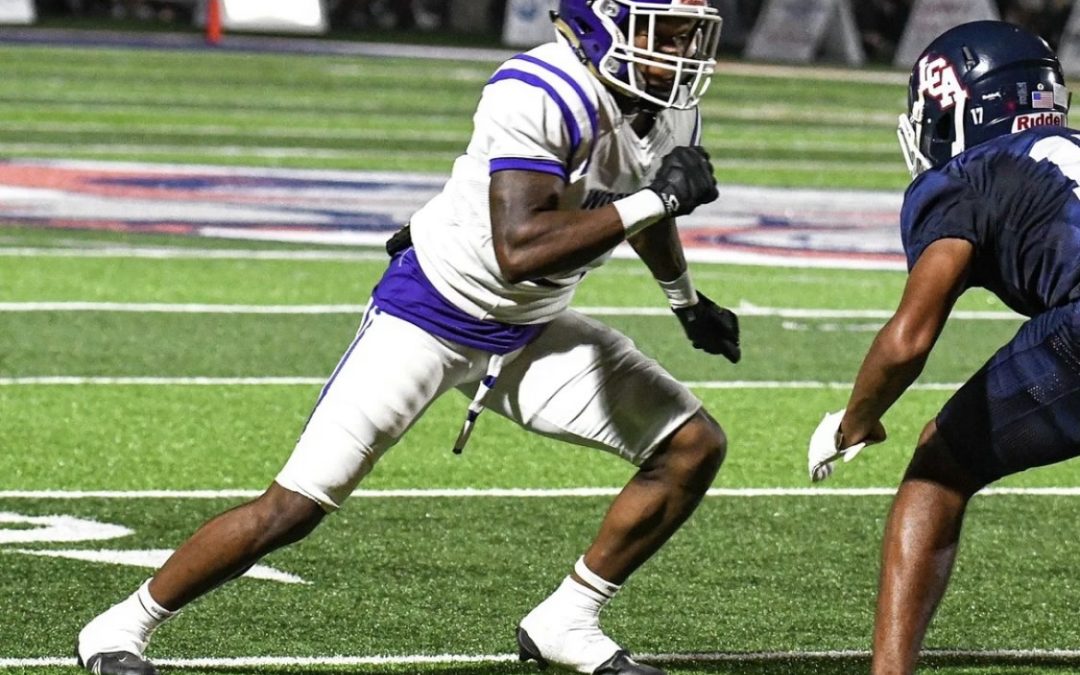 Senior quarterback Rickie Collins, an LSU commitment, passed for four touchdowns and rushed for another in the 40-14 defeat of G.W. Carver (1-2) in the eam’s first true home game of 2022.

“I did see us take a step forward, especially when we start talking on the offensive point of view,” coach Marcus Randall said. “We saw some of that toward the end at LCA (the previous week). But I think even though we had some turnovers early this week, we were moving the ball straight down the field and could’ve scored on the opening drives as well but had some issues with ball security and things we’re going to have to tackle.

“But I think the protection was better. I think those guys are starting to gel, the front five, as far as picking up blitzes and stuff like that. And we saw that once we give Rick some time to throw the ball that we can start making some of those big plays that we want to make down the field.”

After turning the ball over on its early possessions, the Panthers (2-1) got on the board with scoring throws from Collins to junior Justycya Turner and senior Tramon Douglas II.

The Rams knotted the game at 14-14 in the second quarter, but Collins and company answered with a 21-yard touchdown to senior athlete Clayton Adams to pull back ahead before halftime.

And Woodlawn rolled away with three more scores — a Collins run, a Collins screen to Louisiana (Lafayette)-committed senior running back Jay’veon Haynes and a run by junior running back William “J.R.” Jackson — and a shutout defensive performance after the break.

The Panthers allowed just 15 rushing yards on 28 carries in the game and snatched a pair of interceptions, one by Adams and one by Tennessee commitment Jordan Matthews.

Randall said he has started to see some a similar trajectory to 2021 when the team overcame an 0-3 start on the field and 1-3 start overall — as a result of a forfeit by Madison Parish — to win five of its next six, including its first postseason victory since 2010.

“I feel some of those same things,” Randall said. “I still think that we’re not really there yet, but I do see us trending in that direction. Every week we’re getting better and better, and I think the way last year played out does play a big part into this year. Because last week after going 0-2, I was looking to see how our morale was gonna be at practice. And I just see that our guys are still up high and confident. They understand that just because we lost the first couple games, nobody’s went into the tank. Everybody just seemed to want to go harder last week, and I see that same progression this week.”

The Cardinals climbed to No. 1 in this week’s LSWA Class 3A polls after staying perfect on the season while other top teams University Lab (1-2), Union Parish (2-1), Sterlington (1-2), Madison Prep (1-2) and Lake Charles College Prep (1-2) all stumbled during a chaotic Week 3 for the group.

Coach Kyle Lasseigne’s program has outscored its three opponents thus far by a 124-6 margin with a pair of shutouts.

“We’ve got to be efficient, and we’ve got to be great on first downs,” Randall said. “By them being the power running team that they are and, like you said, trying to take the time off the clock, if we can be great on first downs and get them behind the sticks and make them a little bit uncomfortable and come out of being able to just run what the normally run, then that will be great for us to help get our offense up and going. And they’re playing with the two-high safeties, and we’ve just got to be ready to run the ball and be effective in our short passing game.”