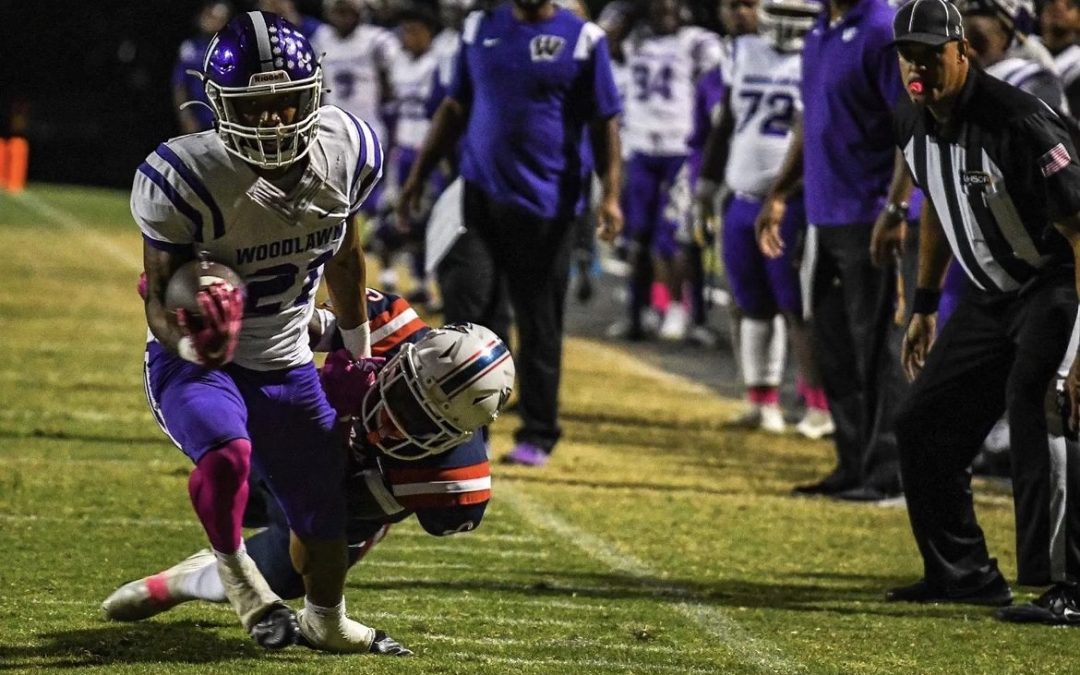 Woodlawn High got going on the ground Friday and got back on track for the season in the process.

Senior running back Jay’veon Haynes scored a season-high three rushing touchdowns before halftime as the Panthers (3-4, 1-1) ran past District 4-5A opponent Liberty Magnet (1-5, 0-2) for the 38-7 road victory.

“It was my best performance of the season so far,” said the Louisiana (Lafayette) commitment, who carried 18 times for 111 yards. “I felt like I hadn’t played as well in the other games we had, so I felt like I needed to make a statement because people were probably starting to think I’m washed up or something. I just felt like I was more focused and ready to go.”

LSU-committed quarterback Rickie Collins completed 11 of his 21 attempts through the air for 205 yards, including touchdown passes to fellow seniors Clayton Adams and Tramon Douglas II.

And sophomore Klayton Tate booted a 41-yard field goal and finished 5-for-5 on extra-point attempts.

“I feel like we learned that we can run the ball,” Haynes said. “We’ve just got to keep working at it, and that helps open up the passing game too.”

The victory ended a two-game, midseason skid and move Woodlawn into more secure standing for the fast-approaching postseason.

“It was important because if we didn’t get these wins we more than likely wouldn’t be in the playoffs,” Haynes said. “So we’re trying to get as many wins as we can move up and get a good ranking in the playoff rankings.”