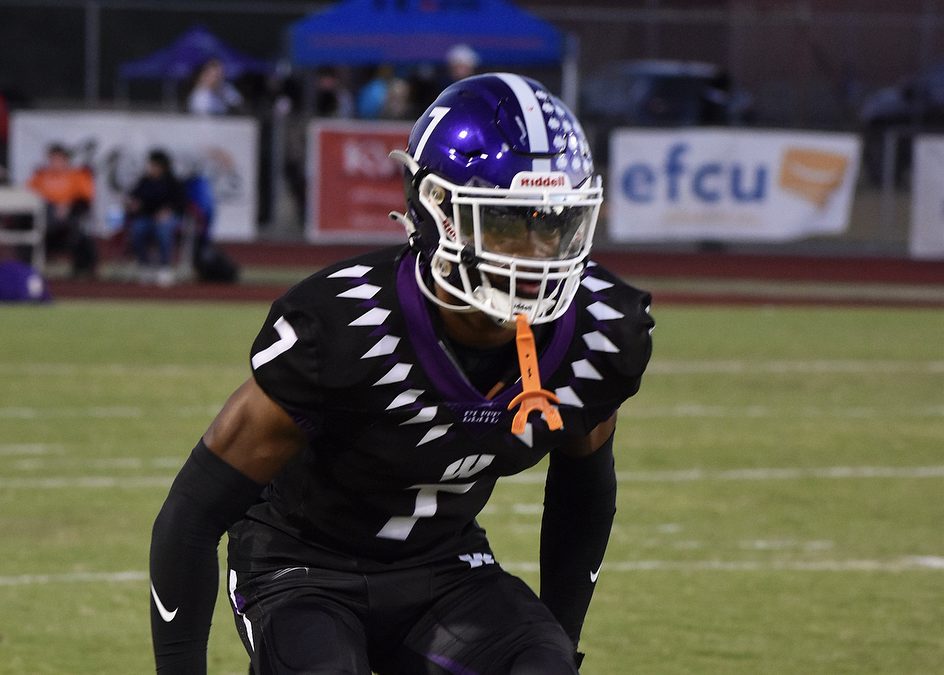 Senior quarterback Rickie Collins led Woodlawn to three straight touchdowns Friday to turn a 17-point deficit midway through the third quarter into a four-point lead in the final minutes.

But a long kickoff return, final drive and eventual fourth-down touchdown pass lifted Catholic (Baton Rouge) back ahead, 30-28, as time expired on the highly anticipated District 4-5A battle.

“We started too late,” Collins said. “That’s kind of been our kryptonite for the past couple years. We’re just trying to put it together and put a full four quarters together. We didn’t play near our best game, and everyone knows that. And our team knows that. So to say that we were still close and even in the game says a lot.

“That’s a good team. Kudos to them. They came out and played a good game. But we’ve just got to go back to the drawing board and finally put it all together.”

The first two had helped the reigning Division-I champion build a 24-7 lead.

A 29-yard Landon Carter field goal in the second quarter provided the Bears a 10-7 halftime lead.

And Beale stretched that margin to 24-7 midway through the third quarter with a 2-yard run to cap one drive and 26-yard pass to Harden the next.

“Our offense kind of sputtered there early in the first half,” coach Marcus Randall said. “We had some opportunities that we didn’t capitalize on and then we came out and didn’t start the second half the way we wanted to start it, came out and gave up two quick touchdowns that put us behind the eight-ball three scores. And we had to battle back, but we were able to do it.

“That’s the kind of offense we have, though. We have the type of offense that can pretty much explode at any time. If we ever put four quarters together, man, it’s gonna be ugly. Those are some of the things we’ve been preaching all year is trying to put four quarters together and play a complete football game, but that’s a good football team over there. So we knew it wasn’t going to be easy, and they were gonna make some plays, too.”

Collins and the Panthers were far from finished.

The LSU commit made two defenders miss in the backfield a couple plays later, bounced out to the sideline, then took off 71 winding yards to the goal line, then scored the next play to trim the deficit to 24-13.

Collins found senior receiver Cordale Richardson for an 15-yard touchdown to open the fourth quarter and Adams for the two-point conversion to pull back within 24-21.

Seniors Mark Fielder and Jordan Matthews junior Alex Collins and the Woodlawn defense buckled down for a pivotal stop to force a punt.

And Rickie Collins, Adams and company marched 95 yards to the 28-24 lead on a 10-yard connection between the seniors, followed by a Klayton Tate extra point.

“Coach Randall has always said that somebody’s got to step up and make the play when needed to give us a spark,” Rickie Collins said. “And I feel like I’m that person that can do it and Clayton is also that person. So I know if I can get the ball in his hands, he’s gonna make a big play always. He’s always gonna make people miss and get the ball upfield and get what we need and more.

“So just finding my guys or getting the ball to (running back) Jay’veon (Haynes). Jay’veon’s always due for a big run or something spectacular.”

But a long kickoff return started Catholic within 40 yards of the end zone to provide Beale and Harden the opportunity for one final dagger from the 5-yard line in the final seconds.

Collins finished 13-for-21 for 171 yards and two touchdowns and rushed 12 times for 129 yards and another score.

Adams caught nine passes for 112 yards and the touchdown, and Haynes had 69 yards on 16 carries.