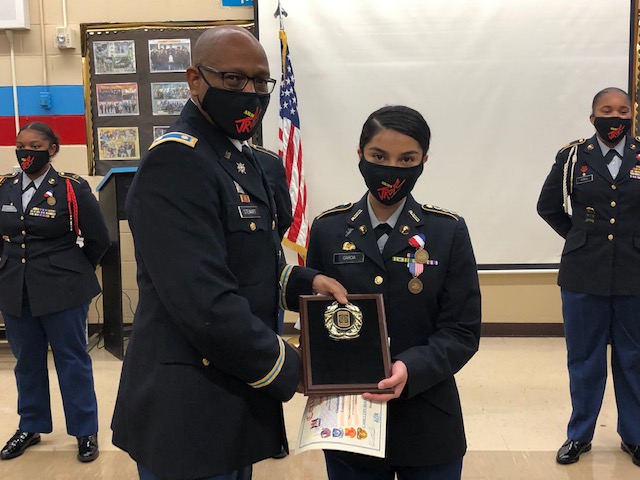 Congratulations to Cadet Captain Idaneth Garcia-Rodriguez, who earned accolades as the Top Leadership, Education and Training Level III Cadet in East Baton Rouge Parish. Cadet Garcia competed against and was triumphant over five other Cadets from JROTC programs throughout the East Baton Rouge Parish School System. Even more exciting is that this is Cadet Garcia’s second consecutive year winning Cadet of the Year. 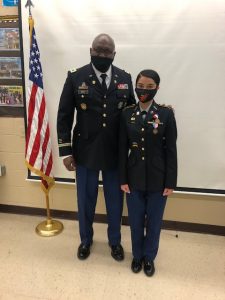 Cadet Captain Garcia-Rodriguez is a junior at Woodlawn High School and in her third year in the Woodlawn JROTC Program. She has a cumulative 4.41 Grade Point Average, plays violin in the WHS Orchestra, and is a Company Commander in the JROTC program.

After high school, her plans are to attend Louisiana State University and either major in chemical engineering or pursue a law degree, with a minor in music. While her life’s goal is to become a chemist, working on alternative fuels, she has also been intrigued with law and may consider pursuing a law degree.

“What an awesome accomplishment by Cadet Captain Garcia, especially to win the Cadet of the Year, two years running. Cadet Garcia is the type Cadet that any program would be proud to have. She’s bright, energetic, and willing to put in the hard work to be successful. We are extremely proud of her.”