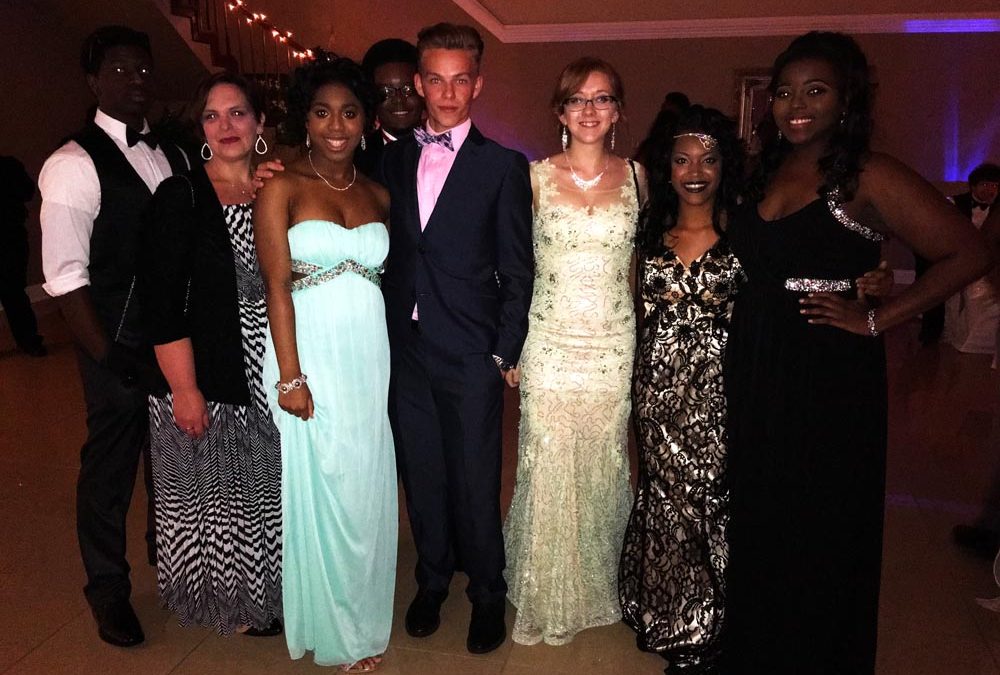 On April 16, 2016, Woodlawn students celebrated prom at Stage One. The theme for the night was “Under the Sea,” featuring live fish! The lighting was low and if you looked at the ceiling you would have seen a projection that made it seem as though you were underwater. The ambiance overall was elegant, the music was upbeat and fun, and the students could not leave the dance floor.

The significant difference between this year’s prom versus last year seems to be the DJ. Last year’s main complaint was the music, ultimately making 2015’s prom a bust. This year’s music featuring old and new music to keep the audience on their feet, “The DJ was pretty fantastic, everyone was dancing and getting along having a good time,” says Jayda Drury. At one point he even started a soul train line, and of course Mrs. Reed hopped in.

With such an event as prom, preparation can get pretty hectic, a least for girls. Most boys only had to worry about the right tux and a nice haircut. “Spray tan, hair, jewelry, nails, feet,” these were just a few things on Jessie Martin’s checklist. “It was a lot of preparation to feel beautiful for a few hours.” Stage One provided the food and drinks, though not many students ate it as most of them when out to eat before and after prom. Alana Hopper, one of the mermaids of prom was offered one of the goldfish placed on the tables for decoration, she named him “Mr. Fish”. The prom got good reception from the student body, proving it an overall success. Let’s hope 2017’s prom is even better.