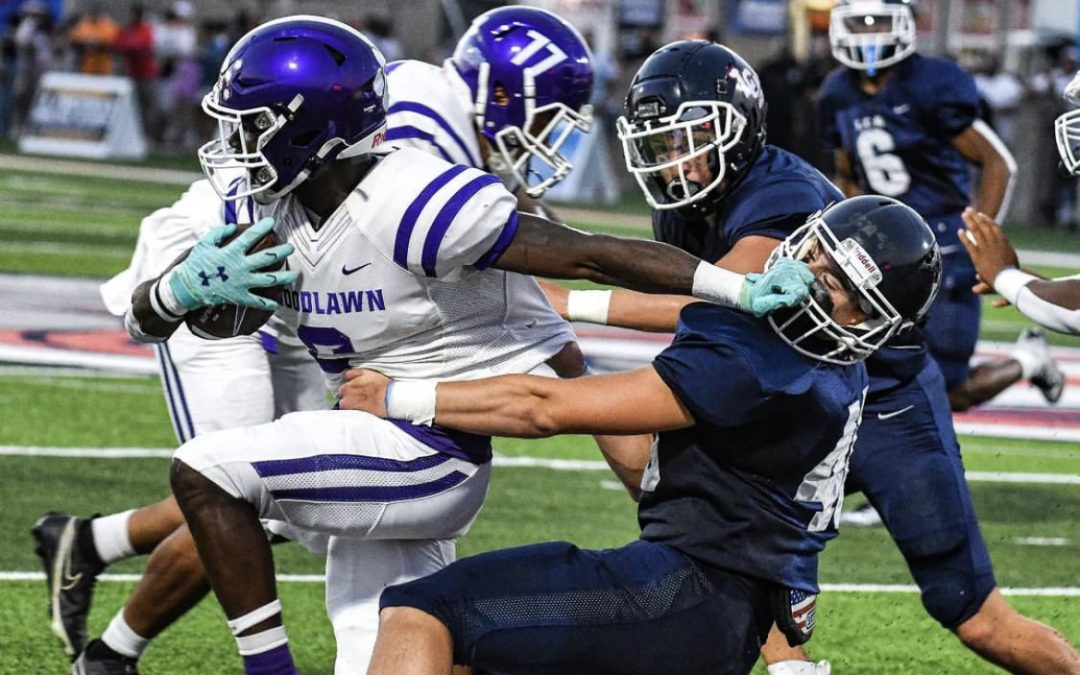 Woodlawn fell quickly behind fast-paced Lafayette Christian on Friday and could never overcome the 20-point deficit.

The Panthers (0-2) continued to battle, including allowing just two scores the rest of the way, but fell to the Knights, 33-12.

“We came out slow, and they came out hitting the gas early on,” coach Marcus Randall said. “The first drive was two plays, score. Then we came out and sputtered there on offense, and they came out with the fast-paced offense. It just looked like it took our guys about a quarter and a half to get really going. And by that time, it was 20-0.”

Junior quarterback Ju’Juan Johnson led the swift onslaught with a pair of touchdown passes to junior receivers Treanders Marzell and Trae Grogan, with a goal-line run by senior back Dudley Jackson in between.

Woodlawn finally snatched some momentum late in the first quarter on a fumble forced by junior linebacker Chris Cooper and recovered by senior defensive back Dezaray “D.J.” Delmore Jr.

Haynes, the Louisiana (Lafayette) commitment, capped the 78-yard march with back-to-back carries: a slicing 21-yard run to the 4-yard line and the quick dart out to the right side to power across the goal line.

“We had some things that we had for ’em today,” Randall said. “And we were able to run the ball in there, and that kind of gave us our first drive — our first scoring drive, that is. And then we were able to come back and do some other things, a little bit in the passing game. But we’ve still got to clean up some pass protections. I think we’re still asking Rickie to do a whole lot of things running where we would like to use his arm more. So right now those are just some things we’ve got to continue to work on.”

Johnson helped lead Lafayette Christian to an answer at the other end of the field to extend the margin back to 26-6 before halftime.

The Panthers finally began to piece another offensive drive together late in an overall choppy, penalty-stalled third quarter and ultimately broke the teams’ scoring drought early in the fourth.

Collins dropped a well-placed fourth-down pass into the back corner of the end zone for senior wide receiver Clayton Adams for score.

But, once again, the Knights returned the favor immediately with a 65-yard back-breaker from a rolling Johnson downfield to senior wide receiver Alonzo Ryes.

Woodlawn returns to action next week with its first true home game at 7 p.m. Friday at Panther Stadium against G.W. Carver.