Woodlawn Cheerleaders Continue at the Next Level 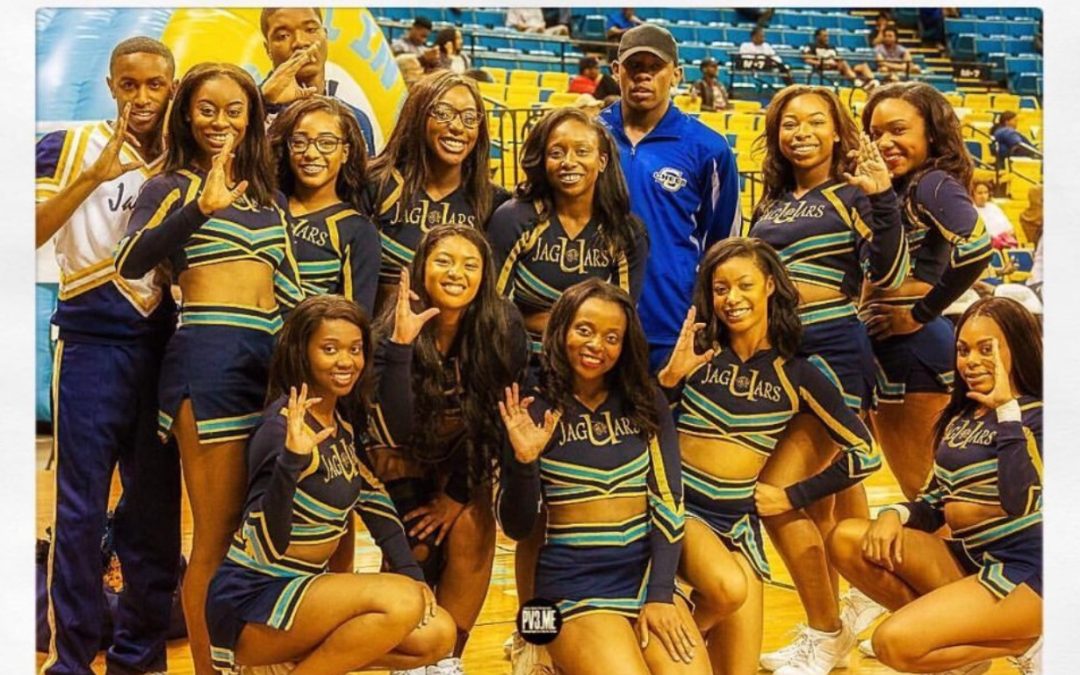 Cheering has been a passion for Brysten Jacob for much of her life. She began cheering as a seven year old for her cousin’s little league team in her home town of New Iberia, Louisiana. Ever since then, the nineteen year old freshman has relished the opportunity to cheer on her school’s athletic programs. She cheered as a seventh and eighth grader at Woodlawn Middle, and all four years at Woodlawn High. Jacob served as the team’s captain her junior and senior years. 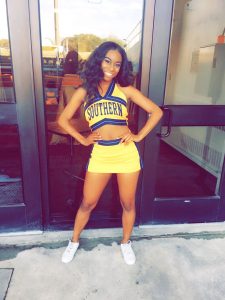 Ashley Montgomery poses for a picture before a Southern University basketball game.

Ashley Montgomery took a different route to cheer. She grew up taking dance classes, beginning at the age of seven. As a sophomore at Woodlawn High, Montgomery knew that she wanted to get involved with extracurricular activities. She decided to give cheerleading a try. Her dance background made her a natural, and she fell in love with the sport immediately.

Jacob and Montgomery enrolled at Southern University in August after graduating from Woodlawn in May of 2016. Once the girls entered college, they made the decision to try out for the Small Co-Ed Cheerleading team together. With over fifty participants at tryouts in October, the girls were both selected to the team of fourteen cheerleaders. The Small Co-Ed team cheers on the Southern University women’s basketball team at all home games.

Both girls gushed when asked about the affect that the cheer program at Southern has had on their lives.

“The experience we have had so far at Southern has been great. We have met lots of people that we wouldn’t have the opportunity to meet,” explained Montgomery.

“Being on the cheer team has pushed me to continue to do my work and keep on top of my work because I like cheer, and I’ve been cheering for my school since middle school,” said Jacob. “I don’t want to stop doing it because I’m getting off track with my academics. So it keeps me focused.” 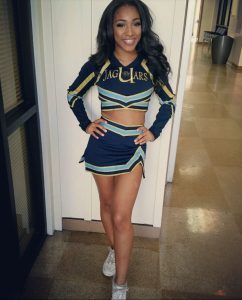 Brysten Jacob has continued her career as a cheerleader at Southern University this year.

Both girls maintained the necessary GPA to remain on the cheer team. Jacob is majoring in Biology. She plans to pursue a career as a physical therapist. Montgomery is majoring in Elementary Education, and plans on teaching once her time at Southern is over.

“Cheer Phi Leader has helped us become better cheerleaders because of the process you go through to join,” explained Jacob. “We worked together as a team, and the team has become closer because of this.”

The girls both agreed that cheering at Woodlawn High helped prepare them for this portion of their cheering lives.

“Cheering at football games and basketball games helped me to be more confidant in myself, and I am comfortable with doing it now,” said Jacob. “I learned how to perform.”