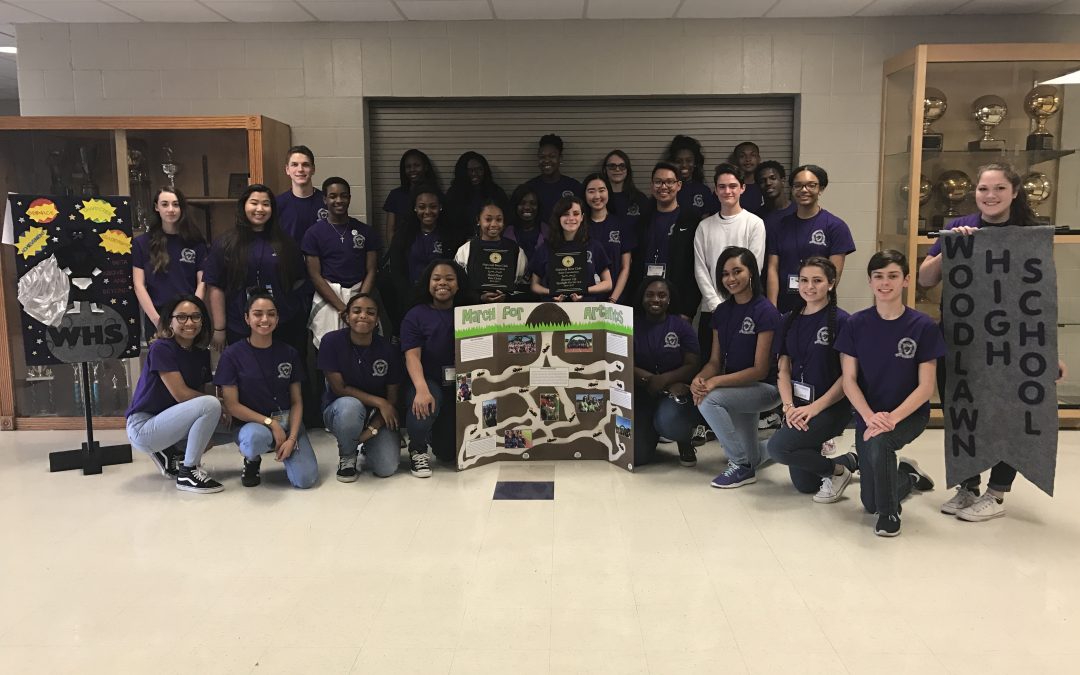 The Louisiana State Senior Beta Convention was held February 8th through 10th at the Baton Rouge River Center. The theme for the convention was “Beta Above and Beyond.” The State Beta Convention gives students the opportunity to participate in a variety of competitions, giving them an arena to showcase their academic achievements, artistic creativity, critical thinking skills, collaborative team work, all while increasing their leadership skills. The convention also gives students a chance to interact and compete against students from schools from all across the state.

The Woodlawn High Beta Club brought 28 students total, for which they were awarded a G.O.L.D. Key Award (Growth Opportunities in Leadership Development). The G.O.L.D. Key Award was presented to schools that increased member attendance by 10% compared to their 2015-2016 convention attendance. 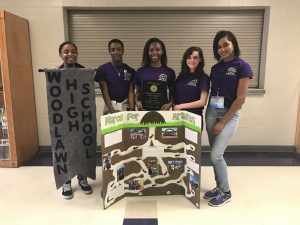 Members of the Spotlight on Service Team from the 2017 LA Beta Convention.

In total, 25 of the 28 students who attended the convention competed in different competitions. Amari Bacon, Ezaria Coates, Montrell Frank, Danielle Massey, and Byron Taylor made up the team which competed in the Spotlight on Service category and placed second. 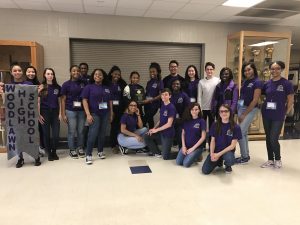 Members of the Team Chant from the 2017 LA Beta Convention.

The Woodlawn Beta Club also placed third in the chant competition. The chant competition gave students 30 seconds to present an original chant, which could be based on the convention theme, principals of Beta, or what Beta means to your club and school. Nakavia Chapman, Renee’ Robertson, and Tamiia Williams created the 30 second chant. They then taught the chant and motions to the other 17 club members who participated in the competition. The chant focused on what Beta means to us as a club.

Two groups of Beta Members also created different items for the convention, and each was also entered into a competition. Dabria Gage, Nichole Goodman, Briana Jacob, Hayden LeBlanc, and Vy Nguyen were members of the team that created the club’s banner. The banner was free flowing and it depicted the convention theme. Brayden Cockerham and Goodman also hand drew the design for the club t-shirt, which was then printed and worn by members at the convention.

Overall, the students had a great experience and made the most out of this opportunity. The Woodlawn Beta Club will continue to participate and compete in the LA State Beta Convention, and plan to bring more students next year as the club continues to grow. 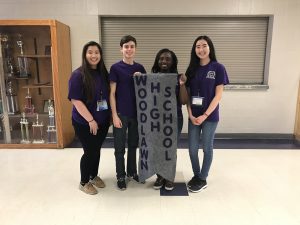 “As sponsors, we are extremely proud of the students for competing and having a positive attitude throughout the entire convention,” stated Ms. Ortego, one of the sponsors.