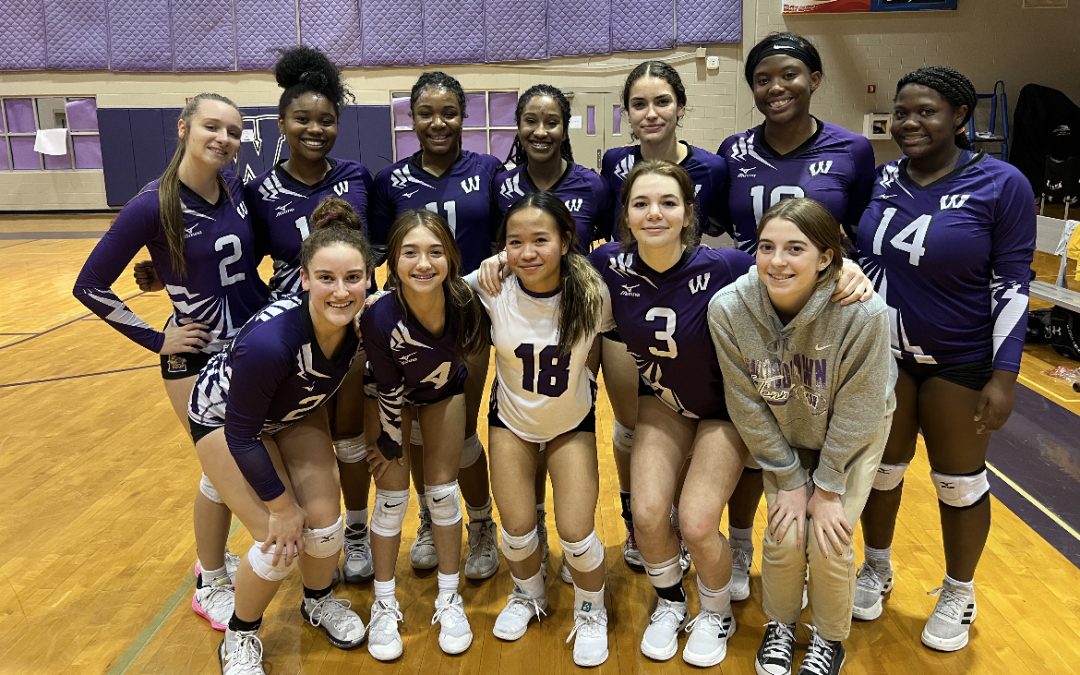 Athletics at Woodlawn High School are in full swing, as the fall sports have all begun their 2022 seasons. Each week, there will be a review of what happened in the world of Woodlawn athletics. 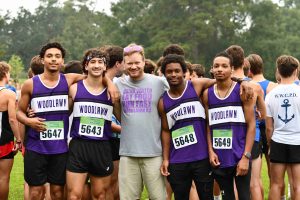 Varsity Cross Country Runners pose with Coach Spruill at the Episcopal Round Table Run on September 10, 2022.

Our Panther cross country team opened their season at the Episcopal Round Table Run held at Highland Road Park on Saturday, September 10th. The competition, which featured schools from around the state, had 55 boys teams. Four runners competed in the varsity race for our boys team, with first-time runner AJ Warner completing the fastest time for the Panther squad. Veteran runners Jaden Sylvester, Hunter Kullman, and Dylan Aucoin also turned in solid times.

“The veterans went for a morning jog and still only missed their personal records by a small amount of time,” said Head Coach Tim Spruill. “This really opened their eyes to how much fitter and faster they were than last year, and gave them their confidence back. Conditioning all summer had made a difference. Now that the first meet jitters have all been worked out, the entire team is looking forward to pushing their limits at the meet in Brusly next week.”

Our Panther football team could not overcome a slow start at Lafayette Christian Friday night. The Knights scored on their first three possessions, and the 20-0 lead that they built was too much for the Panthers. Woodlawn showed improvements on both sides of the ball as the game progressed, playing Lafayette Christian to a 12-12 tie after the first quarter.

Offensively, Louisiana commit Jay’veon Haynes was the first Panther to reach the end zone this season. Rickie Collins, who is committed to LSU, found senior wide receiver Clayton Adams for the second Woodlawn score of the night. Defensively, junior Chris Cooper forced a fumble that was recovered by Dezaray Delmore, who has pledged to play college football at Southeast Missouri.

“We came out slow. They came out, and they were hitting the gas early on us,” Head Coach Marcus Randall noted. “It looked like it took our guys a quarter and a half to get going, and by that time it was 20-0.”

The Woodlawn Swim Team opened the season at the Capital City Swim League Meet held Saturday, September 10th at Crawfish Aquatics. The day was highlighted by a tenth place finish by the 200 Yard Freestyle Relay team of Zack Lemoine, John Cador, Trey Holiday, and AJ Collins. Senior Peyton Rodgers led the Panthers in the individual races, with a 13th place finish in the 200 Yard Freestyle. His time shaved seven seconds from his previous PR.

“We had a mixture of veterans and newcomers who  did an amazing job for us today,” said Head Coach Ashley Heyer. “Peyton (Rodgers) and Kelis (Kent) each had PRs, dropping 7 and 8 seconds off of their previous best times. We are excited about our next meet!”

Next up for Swim: Saturday, September 24 – Capital City Swim League at Crawfish Aquatics

Our Lady Panthers picked up where they left off with a victory over Springfield Tuesday. Woodlawn won the first set by the score of 25-15 and the second set by the score of 25-9 before dropping the third set. Our Lady Panthers bounced back strong during the fourth set, coming away with the 25-13 win to secure the match three sets to one. Seniors Reagan McDowell and Marie Sierra led Woodlawn to the victory.

On Thursday, September 8th, Woodlawn hosted St. John of Plaquemine. The Lady Panthers came away with a 3-0 victory over the Eagles. The Lady Panthers started the match quickly, winning the first set by the score of 25-6. While the second (25-11) and third (25-14) sets were not as dominating, our Lady Panthers kept focused and completed the straight-set victory. Woodlawn was led by senior Karma Kasubaski and junior Kelis Conley.

Newly-named Head Coach Stefson Arnold held tryouts for the boys’ basketball team this past week, as he looks to begin preparing for the 2022-2023 season as well. Coach Arnold was pleased with the number of student-athletes who participated in tryouts.

The Lady Panthers Softball Team will hold tryouts for the 2023 season on September 20th and 22nd. Any interested student must have a valid physical and proof of insurance in order to tryout. Coach Bryant can be reached by email at [email protected] for additional information.