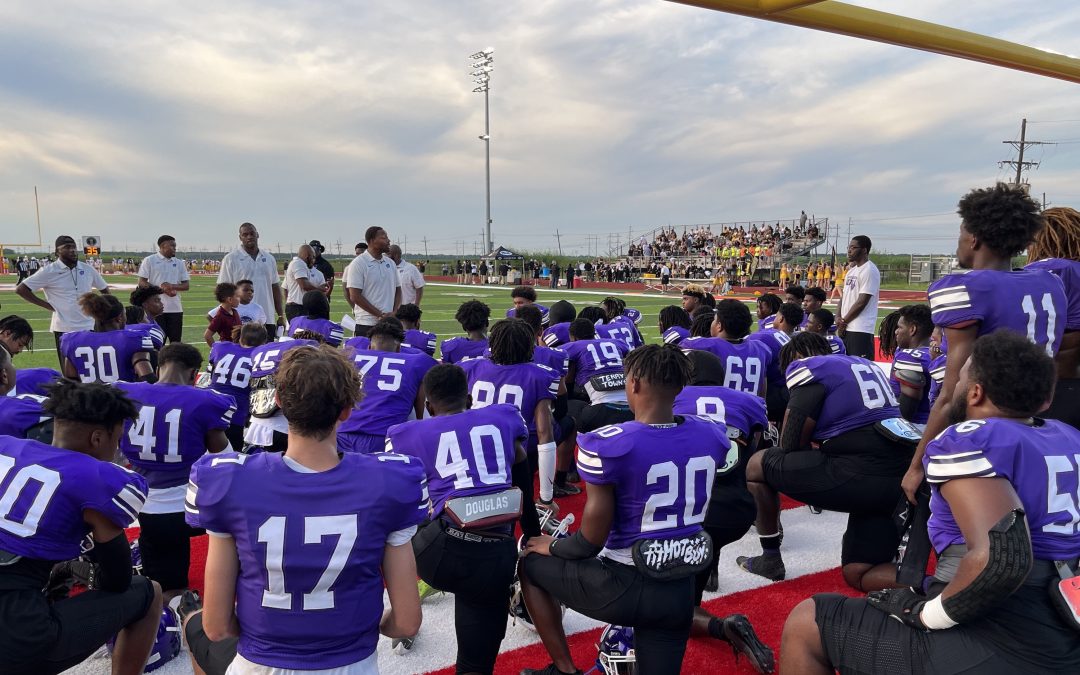 Panther athletics continued their busy fall seasons this week. While our swim team had a bye week, our Lady Panther volleyball team had a busy week, with six games, and our Panther football team hosted the first true home game of the season. Tickets for all home events can be purchased online.

Our Panther cross country team competed in their second meet of the season Saturday. Woodlawn traveled across the Mississippi River to compete in the Brusly Invitational Cross Country Meet on Saturday, September 17th.

“Only our boys raced today,” said Coach Tim Spruill. “We felt like we had a good meet. We set four PR’s, which is solid considering it is only our second race of the season. We are seeing our off-season conditioning pay off.”

Next up for Cross Country: Saturday, September 24 – Brusly Cinclaire Run on the Levee

The freshman and JV football teams started the week on the correct foot, with each team taking the win at Dutchtown High on Wednesday, September 14th. The 9th grade Panthers moved to 2-0 on the year with their 14-0 win, pitching their second shutout of the season. The JV team played their first game of the season, defeating the Griffins 20-14.

Following the two wins by the sub-varsity teams, our Panther varsity program came away with a victory over Carver. Woodlawn (1-2) led the Rams by the score of 21-14 at the half, before scoring 19 unanswered points in the second half for the final tally of 40-14.

With the score tied at 14, Collins found senior receiver Clayton Adams for a 21 yard touchdown reception to give the Panthers a 21-14 lead going into the half. The score gave Woodlawn the lead that they would not relinquish.

The Panther defense was stellar as well, holding Carver to 15 rushing yards on 28 carries. University of Tennessee commit Jordan Matthews and Adams each had an interception.

The Woodlawn Swim Team had a bye week.

Next up for Swim: Saturday, September 24 – Capital City Swim League at Crawfish Aquatics

Next up for the Lady Panther was McKinley on Wednesday, September 14th. The Lady Panthers dominated again in straight sets, 25-1, 25-4, 25-6, for their sixth win in a row.

Woodlawn finished their busy week by participating in the Brusly Lady Panther Invitational on Friday and Saturday. Friday night proved tough on our Lady Panthers, as they fell to Terrebonne and host Brusly, before bouncing back with wins over Port Allen and Livonia on Saturday morning.

Woodlawn will host thirteen teams for the second tournament at home this season in next weekend’s Rumble in the Jungle Tournament, which will be held Friday, September 23rd and Saturday, September 24th.

The Lady Panthers Softball Team will hold tryouts for the 2023 season on September 20th and 22nd. Any interested student must have a valid physical and proof of insurance in order to tryout. Coach Bryant can be reached by email at [email protected] for additional information.

The Lady Panther Soccer Team has begun practicing once per week. Thursday practices are being held from 2:45 – 4:45 pm.

The Panther Tennis Team will begin practice on Monday, September 26th. Practice will be held at Southern Oaks Athletic Club for the fourth year in a row. Practices will be held on Mondays and Wednesdays from 3:00 – 4:00 pm.