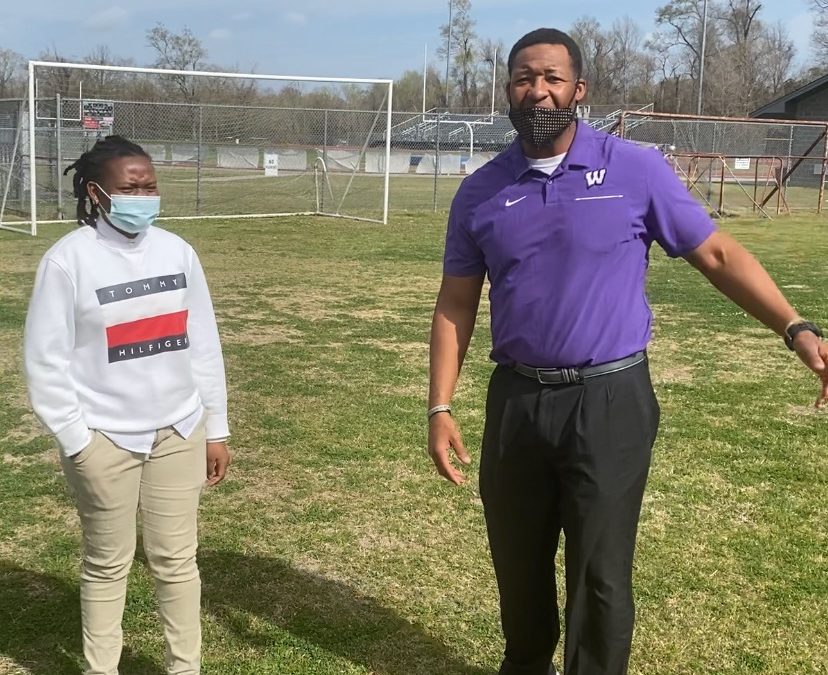 Victorine Kasangandjo is a senior at Woodlawn High School. She is a citizen of the Republic of the Congo. As a freshman, in 2018, Victorine’s parents decided to bring her Baton Rouge and enroll her at Woodlawn High. The decision was made in order to give Victorine the best opportunity to be successful. 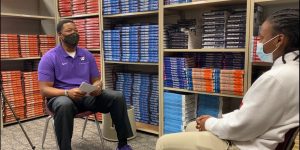 Upon arrival to the United State, Victorine spoke no English. Her native language is Swahili. She was placed into the East Baton Rouge School Sytem’s program for English Language Learners. Each year, Victorine’s knowledge of English grew. This year, she reached the Level 01, which means that she is fully proficient in the English language. Her hard work and dedication to her studies has paid off, as she carries a 2.8 GPA and has never had to repeat a class despite learning English while she completed her course work.

Victorine has also been active outside the classroom at Woodlawn High School. She participated in soccer and was named to the 2020-2021 All District team. She enjoys drawing and participating in Community Sports Leadership Club.

Coach Randall recently completed a video on Victorine’s successes for Gear Up.

“The entire Woodlawn community is so proud of Victorine’s hard work, dedication, and of the resilience she has shown in her time with us,” said Randall. “We look forward to following her success as she graduates and start the next chapter of her life.”