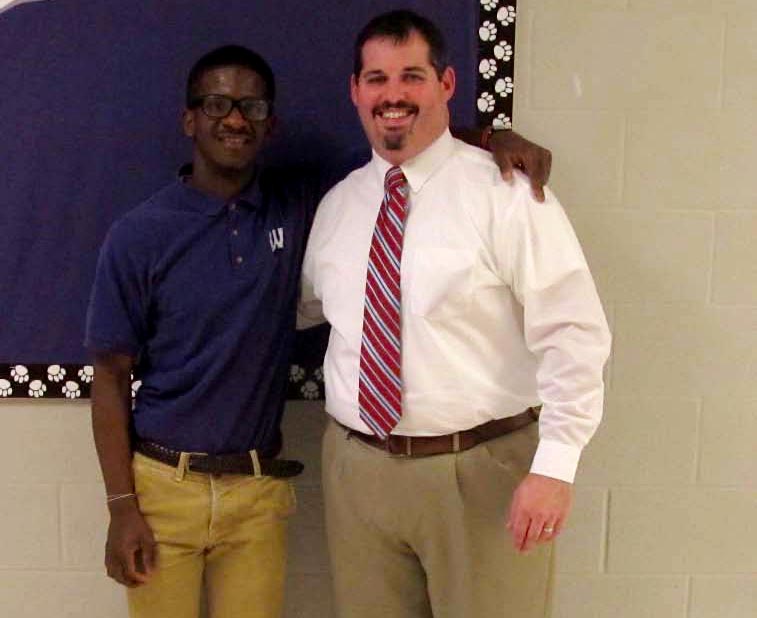 Sean Snowden recently won Woodlawn High School Student of the Year. To win Student of the Year you must make good grades and help the community. Sean is an exemplary example of what it means to be a good student and helper in the public and at Woodlawn.

The journey to winning Student of the Year was a suspenseful one. “The span of time between the interview and me being told was about 2-3 weeks, and in that time I began to get nervous and doubt whether I had won or not,” said Sean when asked if he knew he would win. “When I was told, I was surprised and very shocked.” When asked what this award meant to him, Sean said that “it was a big deal to my mom and the people around me, but I cannot let myself believe that winning this award is a big deal. I can’t treat it like it’s a big deal, then I’ll go home thinking that was enough. I want to wake up in the morning and move on to bigger and better things.” It is safe to say Sean is not a fan of complacency and is constantly trying to push himself toward success.

When asked if Student of the Year is something he had been striving for, Sean simply said, “Student of the Year isn’t really something I’ve strived for, but when you look on the EBR homepage and you see Student of the Year pictures every year, you kind of want it, so I guess I’ve always kind of wanted it.” When asked what kind of time and effort went into to this competition, Sean said that “putting together the portfolios and packets took a lot of time. The school portfolio took maybe two weeks alone. The district portfolio took three to four weeks to make sure every detail was perfect. That was really difficult,” he said. “But the body of work that I have put forth from January 13, 2013 to now has been the actual hard part. Being at school when you’d rather be in bed, or being at practice when you’d rather be watching TV, sometimes being awake at crazy hours finishing a paper or a project. That was the most difficult part, but it made building the portfolios easier.”

Winning Student of the Year makes Sean feel a bit strange when he walks the halls or when there is a visitor or new student because he is introduced as “The Student of the Year,” but he says, “It comes with the title.” When asked who he most credits for this award, Sean said, “The glory goes to God, my mother, Mrs. Trusclair, my teammates, and fellow classmates. Beyond making sure my portfolio was correct, my mother raised me to be a great young man. Mrs. Trusclair does so much for this school and has done so much for me alone to win Student of the Year. My teammates have always encouraged my to do the right thing even when I did not want to, always said I was going to make it. My classmates provided a perfect mix of motivation and competition.” When asked what he plans to do after high school, Sean jokingly replied that “he wants to sleep.” His actual plans are to attend an out of state four year college to begin his pre-med studies and to continue his education in order to become an orthopedic surgeon.