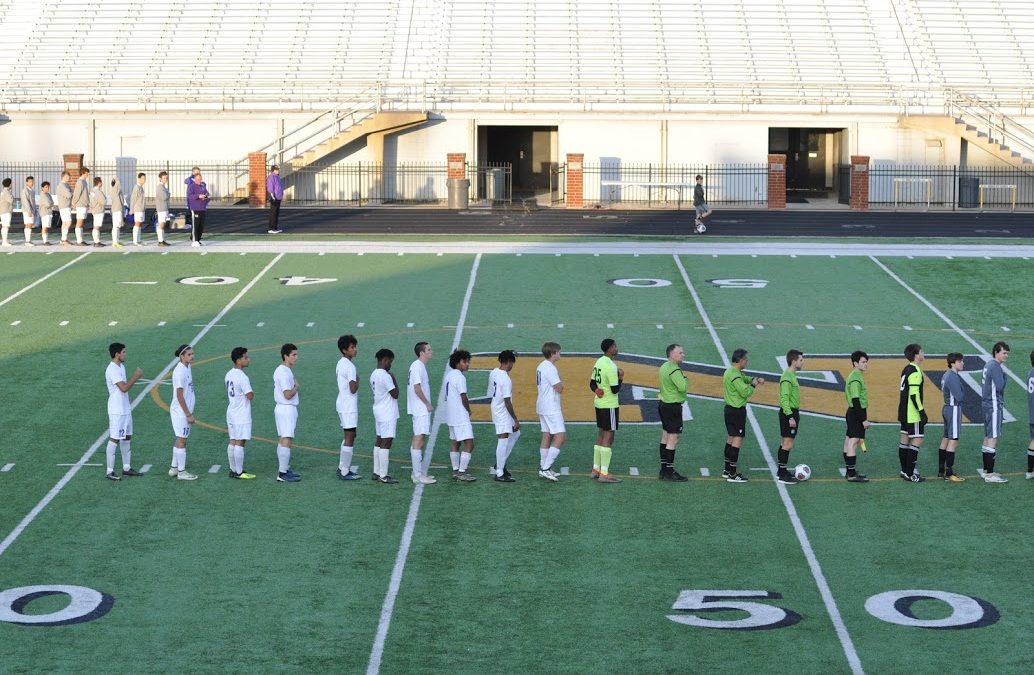 With a semifinal match up on the line, the Panthers were able to get off to a fast start on the road. Woodlawn applied pressure on Neville from the start of the match, with close early scoring opportunities by Ray Sierra and Christopher Enamorado.

The Panthers earned a penalty kick in the 22nd minute when Cody Stevenson received a long ball in the box, made a quick move, and was fouled. Jacob Barnes capitalized from the spot and put the Panthers up 1-0 on the penalty kick. 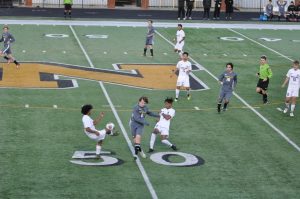 Elijah Mallory and Jakobie Davis battle a Neville player for the ball in the Panthers quarterfinal victory.

With more chances on goal and great saves by Jakarie Davis, the Panthers found themselves having a throw in deep in Neville territory. Barnes took the throw and with an athletic header by Jakobie Davis, Woodlawn found the back of the net again. With only three minutes to play in the first half, the Panthers led the Tiger 2 scores to none.

“I knew I would have an opportunity to score on a throw in or corner,” Davis stated. “Jacob does great finding me on these set pieces, and I just finished the job.”

Coming out of the second half, the Panthers defense continued to hold strong. Neville scored a late goal, however it was not enough for the Tigers. The Panthers held on to advance to the State Semifinals and will face Lakeshore Saturday at 3:30 in Mandeville.