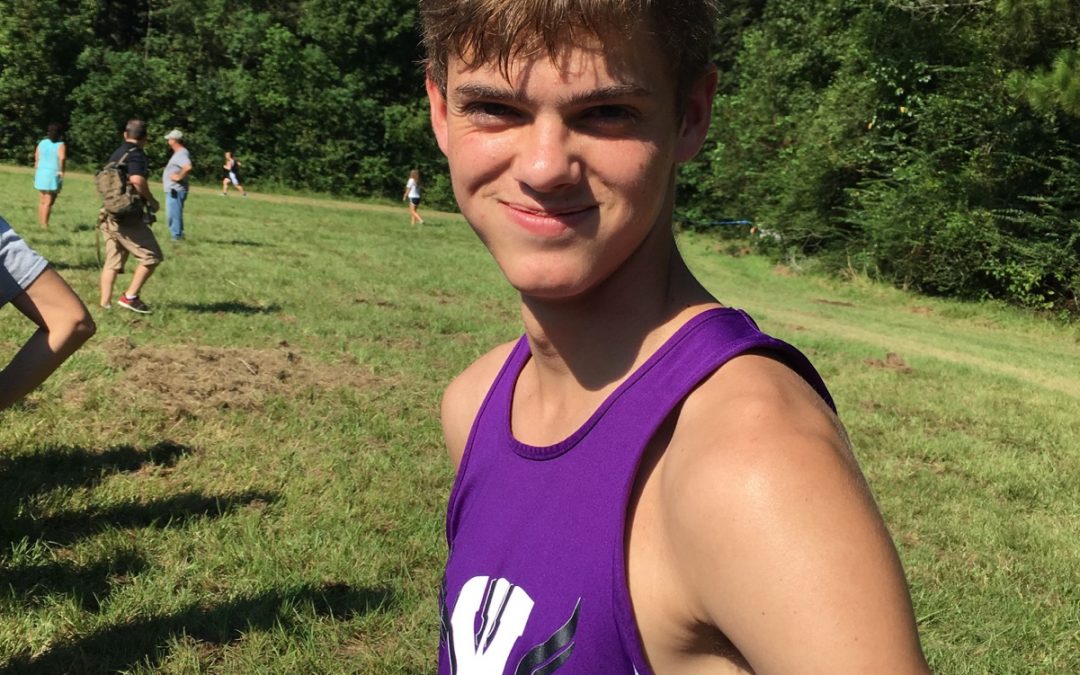 One year ago, Coby Sanchez found himself being passed by dozens of runners only one mile into a three-mile race at the Battlefield Cross Country Festival in Port Hudson. The harder he pushed, the greater the pain. Eventually Sanchez had to stop and be carried off the course on the back of a motorized cart. The diagnosis was a fractured leg. Only three weeks in to his freshman year, in his first varsity race, his season was over.

At the time of his injury, Sanchez was consistently one of the top three finishers in Panthers practices, and the times he posted in JV races had him posting the third fastest time on the team. But, the season continued and Sanchez’s times were surpassed by his teammates.

Coach Wallace reflected on the situation, saying, “It was unfortunate. He looked so good in practice during the summer and in the first two JV meets, that had great expectations for what he could accomplish and how he could help the team. Then, it all just went away.” Coach Wallace quickly added, “But, Coby is a motivated kid, so we knew it would just be a matter of time before he was at the front of the pack again.”

It’s now a year later and Sanchez is healthy.

Saturday, Sanchez made his return to Varsity action on the same course he was unable to complete a year ago, the Battlefield Cross Country Festival in Port Hudson. The course was wet and full of hills. But on this day, the only thing that mattered for Sanchez was the joy of being able to be on the start line with his teammates and the elation of finishing what he started 363 days ago.

Sanchez finished the race as the fifth Panther to cross the line with a time of 21:33 on the three mile course. More important than the time was that he finished the race. Sanchez helped propel the squad to a 12th place overall finish, four places better than Woodlawn’s finish at the same meet in 2015. With Sanchez back in the lineup, and the consistent effort he and his teammates put in each week in practice and on the race course, this is sure to be just the beginning of a new chapter in the Woodlawn Cross Country Anthology.

Sanchez and the Panther cross country team will be in action again Saturday at Highland Road Park for the St. Josephs Invitational. Varsity girls begin at 8:00 am, followed by boys varsity at 8:45 am.