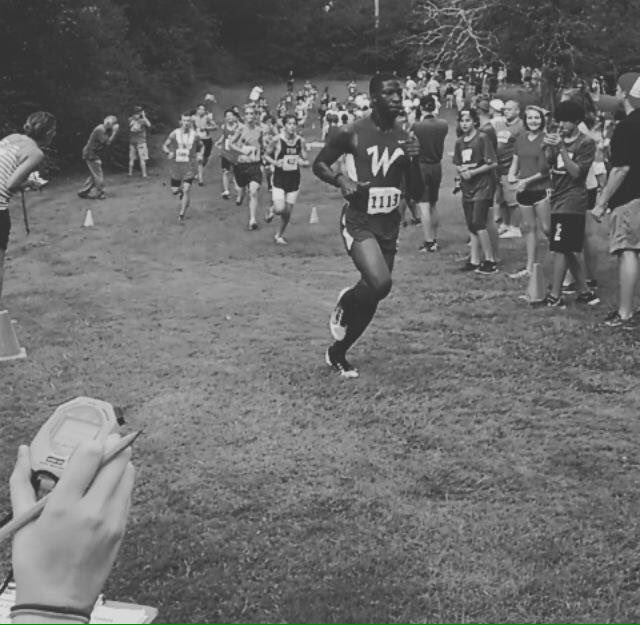 The 2016 Panther cross country is roaring to run.

Last year’s squad saw many highlights and records broken. The girls’ team set its best overall team score at the state meet. The boys came in with their second best team time in school history. But that was last year. 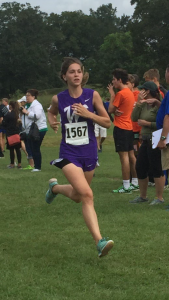 Senior Captain Shelby Sanchez will be a key member of this year’s team.

This year’s girl’s squad will be led by senior Captain Shelby Sanchez and school 3 mile record holder Alexis Martin. The girls are ready to put in the work to again improve the team’s time and score at the state meet. Alexis, who set the school record with a run of 21:24, has been working hard this summer by training on the hills of Highland Road Park and in the Ozark Mountains of Arkansas. Alexis is in her 3rd year of competitive running, has set a goal of being the first Lady Panther to go under 20 minutes in the 3 mile race. Luckily, she has the teammates to help her accomplish that goal. Shelby finished last season with the team’s second best time, 22:45. Junior Melissa Grant is a new member of the team this year but has proven herself to be a talented runner and tough competitor. Having Shelby and Melissa on her heals at practice every day will be just the motivation Alexis will need to go under the 20 minute mark.

The return of Presley White from basic training with the U.S. Military will have her in great shape to begin her senior season. Presley is a talented runner, hurdler and all-around athlete. Senior Makenzey Heughan, who was sidelined most of last season due to medical issues, has had a great summer of workouts and looks to be returning to top form. Two other first year runners, sophomore Alexis Aucoin and freshman Aimee Martin, also had great summer workouts. Along with senior Lillian Khemmanyvong and junior Ashton Howard, the girls look to be a major part of the success of the Lady Panther squad this season.

The 2016 Boys squad has set high expectations on itself and comes full of confidence in their ability and a desire to put in the hard work that they know will help them to finish as one of the top 10 teams in the state. The squad is led by senior Khidhr Al-Mustafa. Khidhr has a personal record of 16:52 over a 3 mile course that is only 8 seconds behind the school record that was set in 2005. Khidhr had a great outdoor track season, qualifying for the regional meet in the 1600 and 4×400 meter relay. He has also spent his summer running in a summer track league, where he qualified for the AAU Junior Olympics in both the 2000 meter Steeplechase and 4X800 meter relay.

Senior Brandon Williams was also a part of the WHS 4×400 meter relay team at the regional meet. In his first season running cross country, Brandon posted a personal record of 18:26. After another year on the track and a great summer of work, “The Blur” is ready to get back to work and challenge Khidhr for the school record. 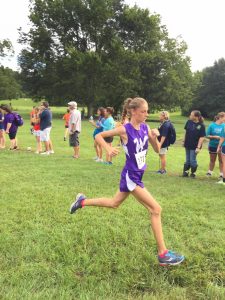 Alexis Martin looks to lead the Lady Panthers this year.

Two returning sophomores, Marshall Bayles and Coby Sanchez, are prepared to push those seniors every day in practice and in meets. Marshall is coming off an excellent freshman season where he improved his time from a 27:07 to 20:38. He has set a personal goal of going below 19 minutes in 2016. Coby suffered a leg fracture in the third week of the season but looks to be back in top form this year. In his 1st race of the 2015 season he posted a run of 20:13. Coby has plans of going sub 18 this season and in setting a new school record in the pole vault.

A great addition to the team this year is junior Saulomon John, who was not eligible in 2015 due to transfer rules. The good news: he’s eligible now! Saulomon posted a mark of 19:38 in a measured practice run last year and has a goal set of going under 18 minutes this season. He promises to be a key piece to the team’s success, along with seniors Darmar Galvan and Logan Fontenot, junior Joshua Stevens and sophomore JC Jett.

The boys and girls will see their first action of the season on Saturday, September 3rd, at 8 AM at Highland Road Park as we will participate in the St. Michaels Bayou Boogie Cross Country Meet.