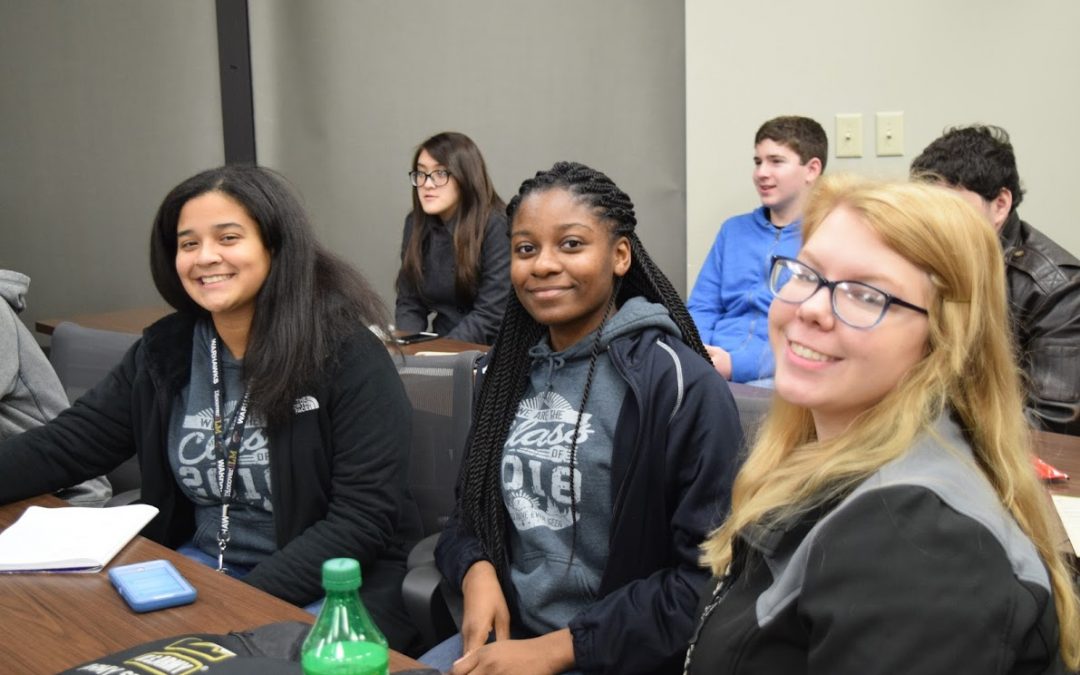 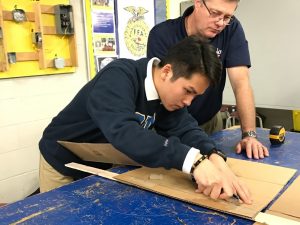 The school’s robotics team hosted what is called a Kickoff event at Louisiana State University’s Digital Media Center where the team and many other teams throughout the area could watch the world wide release of FIRST’s new FRC (FIRST Robotics Competition) game for the 2017 season. The game for this year is titled “STEAMWORKS” and is heavily based on Steampunk. In addition to Steampunk, the game this year pushes the idea of S.T.E.A.M. (Science, Technology, Engineering, Arts, and Mathematics) representing FIRST more than the idea of S.T.E.M. (Science, Technology, Engineering, and Mathematics). This annual event was hosted by Panthrobotics, the LSU STEP program, Center for Computation and Technology, and Louisiana State University. 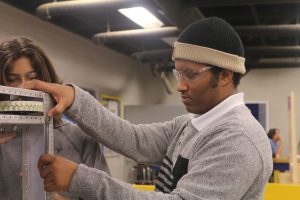 Earl Walker at a Panthrobotics meeting.

Once the reveal was over, Panthrobotics members helped pass out the FIRST provided kit of parts to the other teams. When all the teams had left, Panthrobotics went to eat lunch at Newk’s for a short break. After eating members rushed back to the Digital Media Center and started reading. The team separated into small groups and went to reading and analyzing the STEAMWORKS game manual. After reading and discussing in their small groups, the team came back together to compare notes and ideas. Once the team agreed on their top priorities, they left for home, excited for build season to start that upcoming Monday.

Build season is the six weeks given to FIRST Robotics Competition teams to build a robot that will complete the tasks of this year’s “STEAMWORKS” game. Panthrobotics first official day of build was Monday January 9th. The robotics team build site is the school’s ag room. Panthrobotics team members are building after school 4pm-7pm Monday through Thursday, 5pm-9pm Friday, and 10am-7pm Saturdays, the team gets Sundays off.