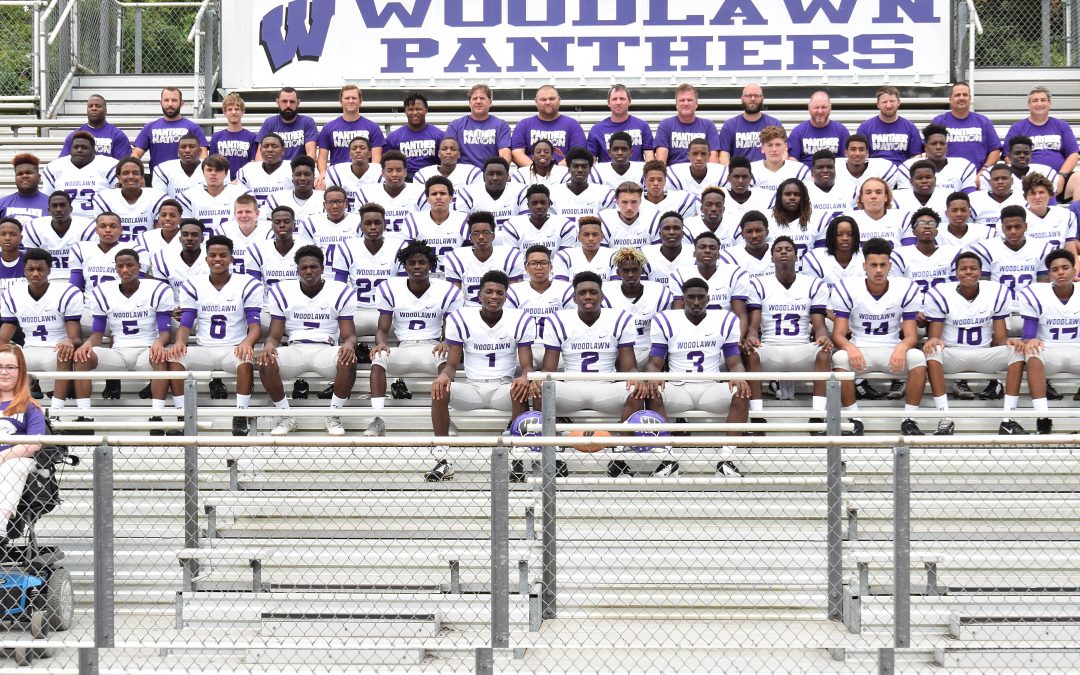 Woodlawn defeated Lafayette Friday night for their first victory of the season by the score of 49-31.

The Panthers took an early lead when senior running back Javin Myers scored on the opening kickoff, running the ball 97 yards into the end zone. Jacob Barnes added the extra point, and Woodlawn lead the game 7-0.

The Panthers defense came out strong and held Lafayette to a fourth down, but a lightning delay postponed the game. When the game picked back up at 8:00 pm, the Panthers picked back up where they were before the delay. Lafayette elected to punt on fourth down, and the punt was blocked and recovered by Woodlawn. On 1st and 10 from the Lions’ 39-yard line, sophomore wide receiver Bryson Reaser took a pass from senior quarterback Devin Whiting and scored another touchdown for the Panthers, extending their lead to 14-0.

However, Woodlawn didn’t stop there. After an incomplete pass, Lafayette attempted a pass from their 27 yard line. The ball was tipped by junior outside linebacker Kerrington Hill and landed in the hands of junior defensive lineman Anthony Arinze, who returned the interception for the touchdown. Barnes added the extra point and the score was now 21-0.

Lafayette scored once in the first quarter, but Woodlawn did not let it phase them. In the second quarter, behind stellar play by senior defensive lineman Kendrell Shaw, the Panthers forced a fourth down. However, Lafayette faked the punt and picked up the first down. The Lions were able to score on the drive, closing the gap to 21-10.

Woodlawn was able to extend their lead when junior safety turned running back Xavier Lodge ran the ball 27 yards inside the ten yard line. Myers then took the ball and reached the endzone. Lafayette was able to score once more in the first half of the game,  making the half time score 28-17.

To start the second half, the Panthers defense held Lafayette when Shaw tackled Lafayette’s running back on the 40 yard line, followed by a flag against the home team which moved them back to the 35 yard line. On 2nd down, junior defensive lineman Kyron Mims sacked the quarterback, setting up 3rd and 17 from the 24 yard line. Senior cornerback Trey Hardnett intercepted the ball on 3rd and 17 at the 46 yard line, setting Woodlawn up in prime scoring territory.

On the next drive, key blocks made by senior offensive lineman Edward “Bubba” Ducre, senior wide receiver Eric Williams, and junior wide receiver Joshua London, gave Myers an opportunity to score a 28-yard touchdown on a screen pass from Whiting. The touchdown, Myers’ third of the night, put the Panthers ahead 35-24.

Woodlawn extended the lead when junior defensive back Braylyn Jones intercepted a pass at the Panthers’ 24 yard line and brought it back to the 28 yard line. On the first offensive play after the interception, Myers carried the ball 72 yards to make the score 49-24.

The Lions were able to score once more in mop up time, making the final score of 49-31. 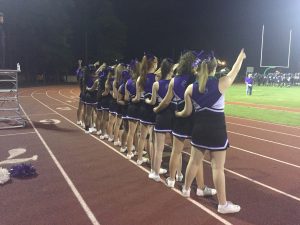 The Panthers worked as a team to improve their week three performance. Myers led the offense with 26 carries for 187 yards and 3 touchdown, along with 2 receptions for 63 yards and a touchdown, to go with the 97 yard kick off return for the touchdown. Whiting completed 9 passes for 154 yards and 2 touchdowns. Reaser caught four passes for 60 yards was the recipient of Whiting’s other touchdown.

Safety Xavier Lodge did a little bit of everything for the Panthers Friday night.  Lodge carried the ball five times for 42 yards, caught three passes for 31 yards, and had 18 tackles from his safety position. Lodge’s partner in the defensive backfield, junior safety Jonathan Scott, had 12 tackles and 1 fumble recovery.

Throughout the game, Woodlawn never let Lafayette ahead and worked together to stay in the lead.

“We showed a lot of discipline, I’m so proud of my guys….you take care of the little things in practice, the hallways, the community, and it shows on the football field as it did tonight,” head coach Daniel Luquet said. “ I’m proud of them, I really am.”

Woodlawn will be back on the road Friday, September 23, as the Panthers travel to face undefeated St. Amant in “The Pit”. Kickoff has been moved back to 7:30 pm.