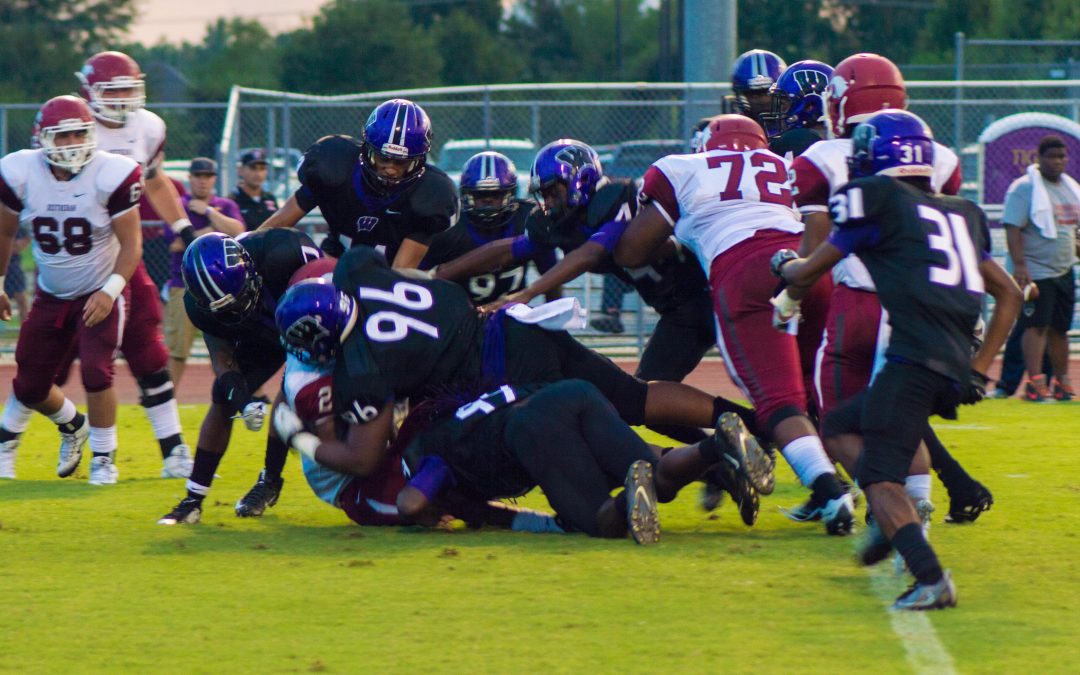 The Woodlawn Panthers lost their second game of the season Friday night against the Destrehan Wildcats in a 34-7 game.

The Panthers ran out to the field for the first quarter, ready to start the game strong.

“We took the things that happened last game and learned from them. It’s a learning process; each week we’ve got to get better,” head coach Daniel Luquet said. “This is why you play an early season (schedule) before district, so you give yourself a chance to correct things and by the time you get to district, you’ll be rockin’ and rollin’.” 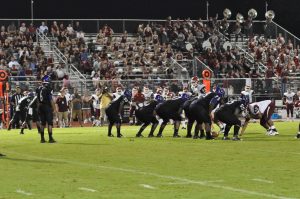 Woodlawn’s offense prepares for the snap against Destrehan on September 9, 2016.

Destrehan scored on the opening kickoff but missed the extra point, taking the early lead in the game by the score of 6-0. Woodlawn quickly recovered from the touchdown and pushed to hold them in the first quarter. Woodlawn’s senior running back Javin Myers carried the ball for 14 yards on the drive, although it was not enough for the Panthers to score. Despite Destrehan scoring the first touchdown, the Panthers defense fought to get the ball back. On 1st and 10 junior linebacker Shaun McCray sacked Destrehan’s quarterback Kohen Granier, preventing them from gaining a first down. The team then threw an incomplete pass on third down and resorted to punting the ball. On the next drive, Myers picked up 3 first downs and gained 65 yards on 5 carries, giving the Panthers an opportunity to take the lead. With 3:44 left in the first quarter, junior Xavier Lodge took the snap from center and scored from 6 yards out for the Panthers. Jacob Barnes added the extra point giving Woodlawn the 7-6 lead. Throughout the game the Panthers strived to hold Destrehan, but missed opportunities prevented the Panthers from keeping the lead. The Wildcats scored three more times in the first half and once in the second half. 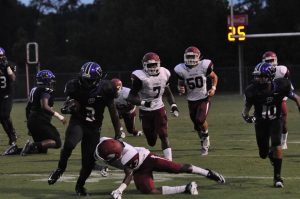 Javin Myers carries the ball against Destrehan on September 9, 2016.

Having lost the game Friday night, there were some small victories for the team. Myers led the team with 25 carries for 146 yards. The team only committed two penalties. Although it has already been a rough start for the Panthers, it is only the second game of the season, leaving room for the team to build on their performances.

Woodlawn’s next game will be on the road, Friday September 16, against Lafayette at 7:00 pm.