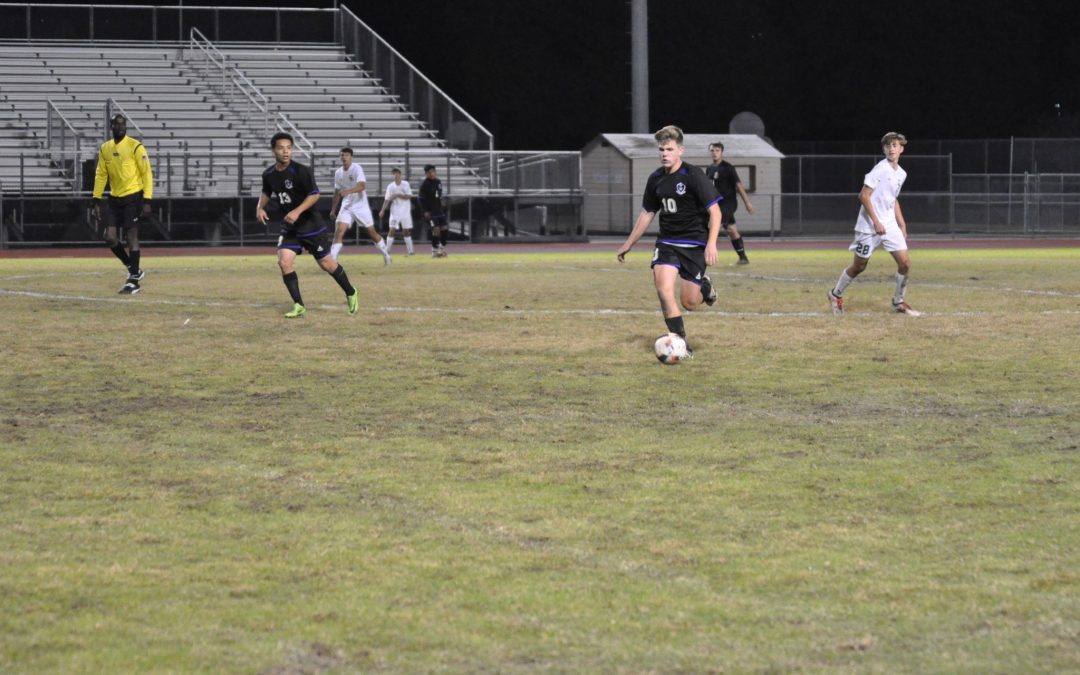 Two quick second-half goals by senior Jacob Barnes led the Woodlawn soccer team to a 2-1 victory over Riverdale on Thursday in a Division II regional boys soccer playoff match. The Panthers travel to Neville Tuesday for their fourth quarterfinal match in as many years. That match is set to begin at 5:30 pm.

Barnes scored on a penalty kick in the 53rd minute. His left-footed kick found the bottom right corner of the net. Cody Stevenson was held in the box to set up the penalty kick.

His second goal came only four minutes later. Barnes won a ball inside midfield, made a quick move and drilled a 34-yard shot off the bounce to the top left corner of the net for a 2-0 lead in the 57th minute. It was the 14th goal of the season for the Louisiana Tech football signee.

“Jacob, with his power and wind at his back, is going to put the ball away,” said Woodlawn coach Andrew Barnes of his son. “On the second goal, Jacob won the ball at midfield, took a touch and ripped it. We’ve been a better team in the second half all season. We’re happy to be moving on.”