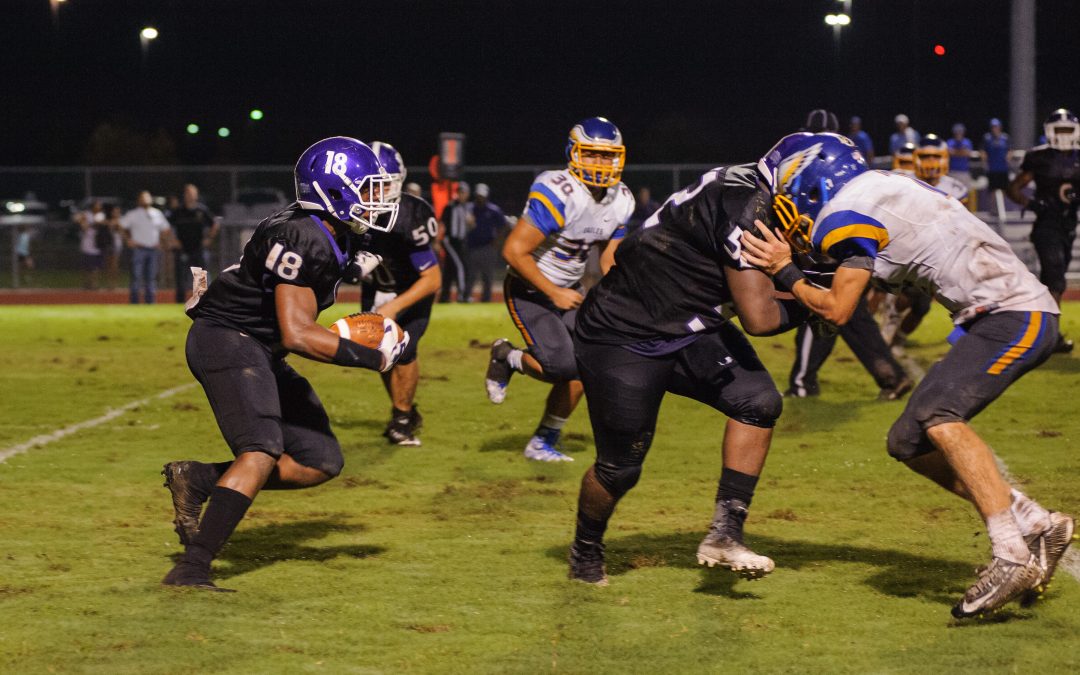 A few big plays by Live Oak and miscues by Woodlawn proved the difference Friday in former Panthers coach Brett Beard’s return to his previous school.

The visiting Eagles (1-0) used those opportunities to climb to a 21-0 victory in an otherwise back-and-forth defensive battle on a muddy field in the season opener. 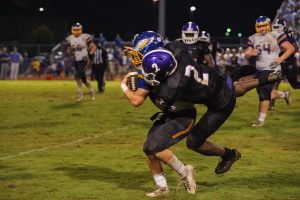 “It’s hard,” Woodlawn coach Daniel Luquet said. “Because when you know your opponent as well as we knew Live Oak and you put six months of preparation into it, and you come out and you put a 0, and the defense sees that, it’s frustrating. But we have a very big senior class with a bunch of guys who are leaders, and a bunch of guys who are gonna play at the next level, who have to understand that emotions are gonna take over. This is an emotional sport.

“But we have to be able to check our emotions when the game’s over, come back tomorrow morning and watch film and just continue to get better. Last year was hard, but last year we lost a lot of guys. This year, we stayed healthy for the most part, and I just think that if they continue to take care of the little things, then the bigger process will take care of itself.”

Both defenses lived up to strong billing in a first half that saw just a combined 96 yards and seven first downs — much of which came in its final few minutes.

But a dropped snap and pair of penalties forced Woodlawn (0-1) to punt out of its own end zone midway through the second quarter to give Live Oak starting field position just 35 yards from the end zone.

And the Eagles needed just four plays for Hagen Long to put his team on the scoreboard, 7-0, with the Nathan Holliday extra point.

“I know there was 13 punts in the first half combined,” Luquet said. “But even then, they may have done six plays instead of three. And three plays against an offense like that is gonna hurt your defense because you’re gonna leave ‘em on the field a lot longer than they need to be. We’ve gotta get better at not always just scoring, but being able to move the sticks, flip the field and keep our defense off the field sometimes.”

Cameron Dickerson busted back-to-back runs of 19 and 40 yards in the third quarter to stretch the lead to 13-0.
And Live Oak added a third score, a 1-yard Kee Hawkins run, in the fourth quarter on another short field after a blocked punt provided Beard and company possession at the 34-yard line.

“I’m excited to be able to go against those guys. They do a phenomenal job, and they’ve got a great team. I tell you what: If people are sleeping on Woodlawn, those cats right there, once they get in game shape and play a little bit, they’ve got a chance to be really good.”

Senior running back Chris Middleton Jr. led the Panthers with 41 yards rushing and a 16-yard reception. 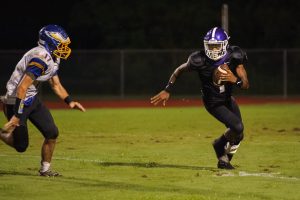 Senior wide receiver Joshua London led Woodlawn with 26 of the team’s 42 receiving yards on a tough night for the passing game.

“You’ve gotta be balanced,” Luquet said. “You’ve gotta be balanced. We’ve got to get better at that. Look, (Byrd) was gonna be our guy last year and tore his ACL, so now this is really his first look, first game playing a team that’s had six months to prepare for him. But you’ve gotta make the easy throws. They have to be catchable balls. They can’t be hard to catch. Because with the field and those defenders doing what they do, he has to make them easier catches. And it’s gonna come.

“Look, it’s Week 1. I think our run game is gonna be solid. I think our pass protection got a little bit better in the second half, but we have to be able to throw the football, or teams are gonna load the box, and for our two running backs, it’s gonna be a long year. But we’ll keep working on it, keep doing it — repetition, repetition — and the farther along he gets, the more experience, by the time we get to district, which is when it matters, hopefully we’ll be cruising.”