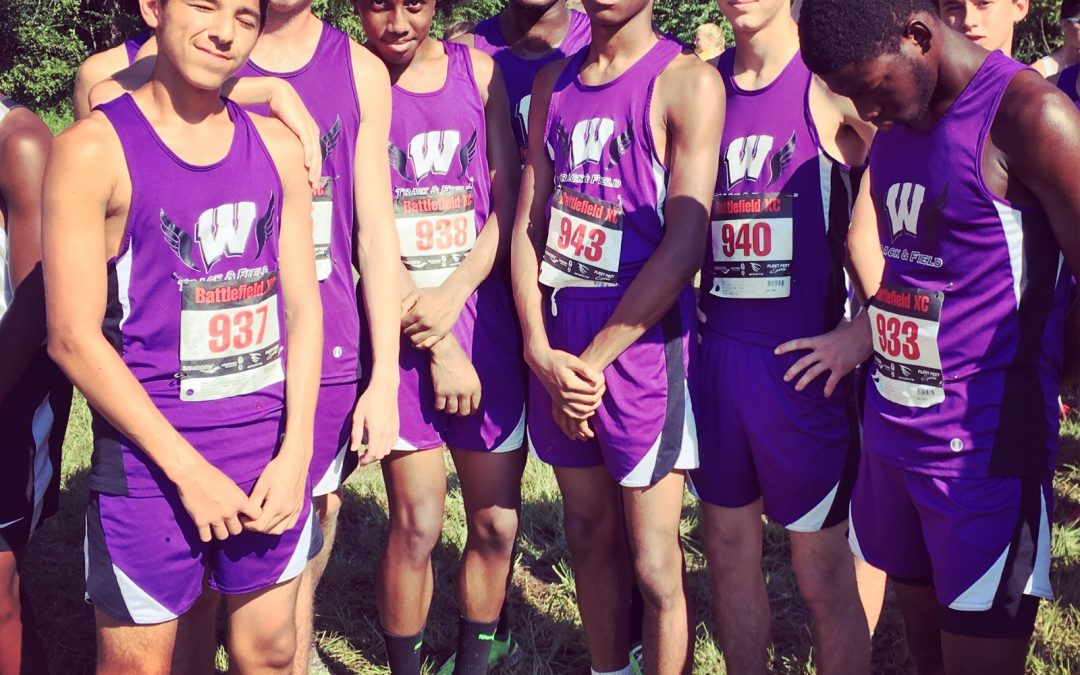 Never has there been a more appropriate name for a race than the Battlefield Cross Country festival held at the state historic site in Port Hudson, Louisiana. Along with fierce competition from 20 other schools in the region, many runners find the course itself to be the most formidable enemy of the day.

The course is packed with short, steep hills with rocks and tree roots in high abundance. At the bottom of those hills are small creeks and gullies full of the previous night’s rain.  More so than any other course the Panther cross country team faces in a season, the Battlefield is the most unpredictable.

It was clear from the beginning that Saturday’s race was going to be an adventure. The first 40 meters of the race are the flattest, but also the wettest as that stretch was much more like running through a marsh than an open field.

The Woodlawn Panthers cross country team hasn’t had a dry meet yet this season, so looking at the mud hole in front of them at the start line was no big deal, just another run in the park. As the Civil War re-en-actor fired his musket to start the race, the Panthers fired off the line and were some of the first to cross the battlefield and make it to the tree line where the hills begin.

On the final 800 meters of the course it was the duo of Melissa Grant and Alexis Martin that were the first two Panthers out of the woods and onto the finishing flat. Grant pulled slightly ahead in the last 150 meters, and sprinted in the last 100 meters to shut down an attack by two other competitors. Alexis Martin finished second for the Panthers and helped lead the team to a tenth place overall finish, two places better than their finish in 2015. Freshman Aimee Martin set a PR for the second week in a row. Team Captain Shelby Sanchez, Ashton Howard and Lillian Khemmanyvong all had great runs in helping the team climb the finishing results.

Khidhr Al-Mustafa crossed the line 27th overall in a field of nearly 250 entrants and helped the boy’s team finish 12th overall, which was a great improvement over 2015’s 16th place finish. Al-Mustafa devoured the course in 18:36 and was followed closely by Brandon Williams (19:57) who was able to outrun seven runners in the final 100 meters of the race.

Rounding out the top five for Woodlawn were Darmar Galvan, Saulomon John and Coby Sanchez, who appeared in his first varsity competition of the year. Marshall Bayles looked great in his comeback from an ankle injury as he finished sixth for the Panthers and was followed closely by Julian Scott, who set a personal record on the day.

In the JV Race, Sophomores Alexis Aucoin and Rayan Kaadan both set PR’s on a very tough course.

The Panther cross country team will be in action this Saturday at Highland Road Park for the St. Joseph’s Invitational. Girls varsity will begin at 9:30 am. followed by boys varsity at 10:00 am and the JV race at 10:30 am.