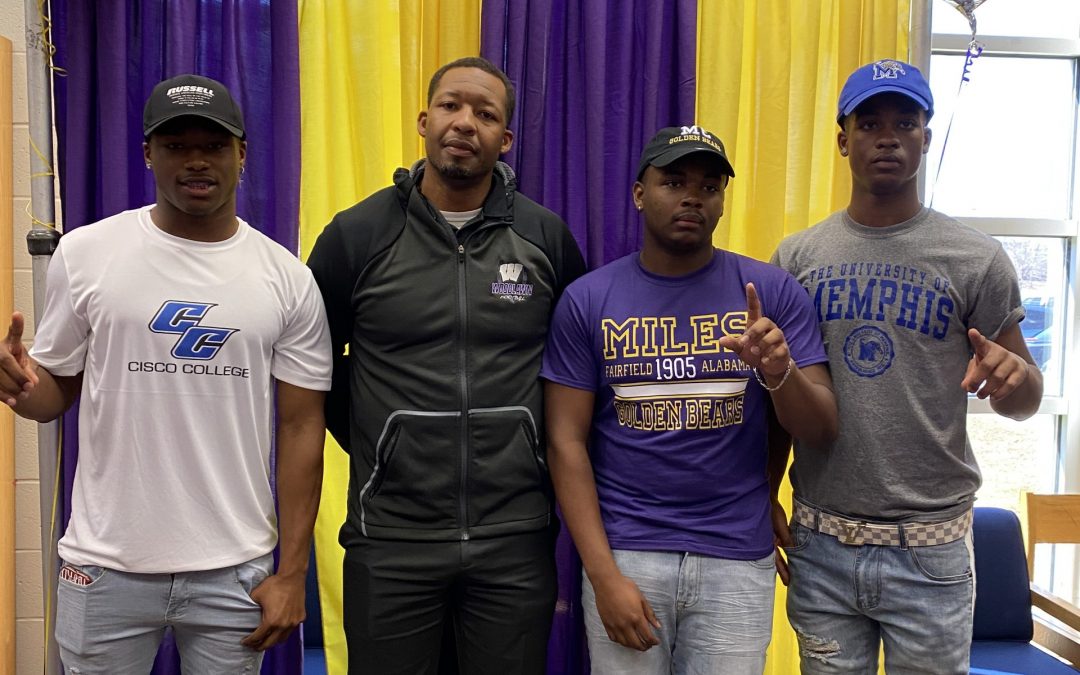 On Wednesday, February 3rd, three Panthers were able to sign paperwork to continue their academic and athletic careers at the next level. Lanard Harris, Terrell Landry, and Eric Randall were fortunate enough to participate in the celebration, which included teammates, family members, and friends.

National Signing day is a very special day for student-athletes and the families. This is the day where seniors that have been offered to continue their playing careers at a higher learning institution, while furthering their education, make their official decision on where they will be attending college. In this case, those institutions will in turn grant scholarships to these student- athletes.

Harris wass a three-year All-District player for the Panthers. Harris played defensive back and outside linebacker, while also lining up at wide receiver and kick returner. Harris was also a two-time state champion hurdler. He chose to sign with Cisco College in Cisco, Texas.

Landry was a two-year starter on the defensive side of the ball for Woodlawn High. As a senior, his season was cut short due to injury. Ever the team player, Landry continued to support his team daily at practices and games. He has also been on the baseball team for all four years of his high school career. Landry chose to sign with Miles College in Fairfield, Alabama.

Randall was an All-District defensive back in his only season as a Panther. The highly-touted recruit transferred to Woodlawn High with several scholarship offers. Randall chose to honor his commitment to the University of Memphis by signing with the Tigers on National Signing Day.

Head Coach Marcus Randall had both advice and praise for this group of seniors.

“On this day you have not only made a four year decision on college, but a 40 decision for the success of your life,” said Coach Randall. “I wish the very best to all of our 2021 senior
football players. You guys have done a great job of setting and leaving a legacy here at Woodlawn High School. You will always be remembered and are always welcome here at Woodlawn High School.”