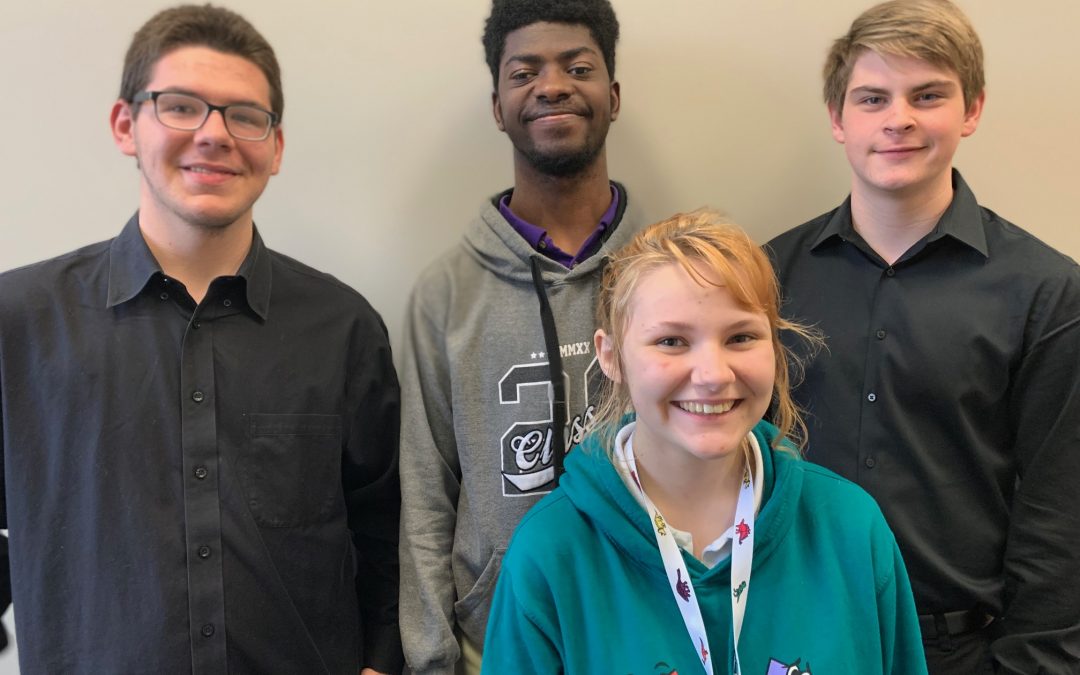 The Woodlawn Quiz Bowl team has participated in several events this year, and their success is building with each competition. The Panther team has competed in the Brother Parsons Invitational at Brother Martin and the Dutchtown High Invitational, which are both National Academic Quiz Tournaments. NAQT events cover all academic topics, plus sports and pop culture.

On February 29th, the Quiz Bowl team participated in the State History Bowl held at Zachary High School. The team of Harrison Breland-Triche, Dalton Duhe’, Austin Stuckey, and Daniel Guidry placed fifth in the competition. Each of the boys completed a test to earn a spot to potentially compete in the National Competition.

The Quiz Bowl team participated in the Regional Science Bowl on March 7th at UNO. Science Bowl is sponsored by the Department of Energy. Each team member received a free T-shirt for the event and a bag from Strategic Petroleum. The team of Harrison Breland-Triche, Xavien Adams, Jay Sharma, Cayleigh Van Cleave, and Daniel Guidry reached the top six, just one step off the trophy round! The team defeated St. Amant, Caddo Magnet, and Bay High School, and lost by only two points to Baton Rouge High and LSMSA!

Quiz bowl is a fast-paced buzzer competition in which teams of four players compete to answer questions. The questions cover academic subjects, like literature and science, as well as the broader world of popular culture and current events.  The Woodlawn High Quiz Bowl team welcome students who enjoy trivia and learning new information about numerous topics, with a little competition added to the equation.