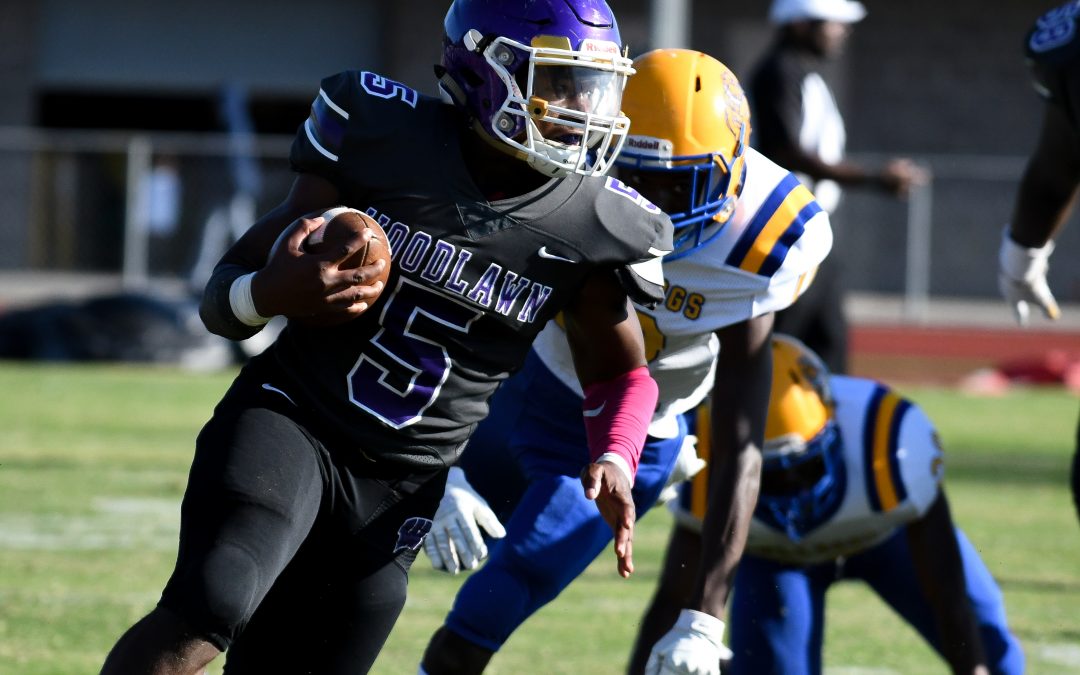 Football coaches know their teams will face adversity. They often stress that how players handle adversity on the field can be the deciding outcome in a contest. Second-year Head Coach Marcus Randall knew that this season would bring more off the field adversity to his program than normal. 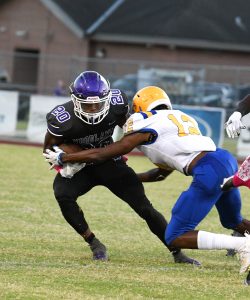 “One of our most noticeable achievements this season was how well our team handled the adversity of uncontrollable circumstances that were brought about by Covid-19. Our team did a phenomenal job of staying motivated and together through it all.”

After the LHSAA delayed the start of football season by over a month, the Panthers had a strong showing against Denham Springs High School in their fall scrimmage. However, the success was short lived, as their season was paused one day before their scheduled regular season opener.

“We received news on Thursday before we were set to play that we would be on a two week quarantine. The team stayed motivated, our coaches met with our players virtually, and the guys were eager to get the season started,” said Randall.

After the Panthers were shut down for that two week period, the coaching staff felt that they needed to play a game before entering play in District 5-5A. The Panthers were able to schedule Carroll High school, and had one day of practice before playing on Saturday afternoon.

This prepared the Panthers for their district opening contest against Dutchtown High, a team they had not beaten since 2005. Woodlawn was able to fight back from a half-time deficit, and rallied in the fourth quarter for a 26-24 victory.

The next week brought the St. Amant Gators to Baton Rouge. The Panthers hit their stride in the second half of the game, scoring 41 unanswered points. The final score, 48-13, put District 5-5A on notice.

Once again, the success was short lived. While preparing for East Ascension, Coach Randall and the Panthers were told on Wednesday that the season would be paused yet again. This meant that the games versus East Ascension and Catholic would be cancelled. 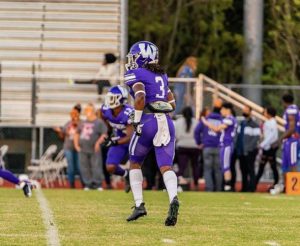 As the regular season began to wind down, the Panthers needed their fourth game in order to qualify for the LHSAA playoffs. Their scheduled opponent, McKinley, contacted Coach Randall and informed him that they would not be able to play their week 10 contest. The staff wasted little time calling Catholic High and rescheduled their week 9 contest.

“Wins over our first two district opponents were our biggest on the field achievements. Those wins were able to set us up for a big district championship showdown with Catholic High for the District Championship. We were in a great contest with the Bears, and we were edged out by a touchdown.”

The loss dropped the Panthers to the 15th seed in the LHSAA 5A playoffs. Woodlawn hosted 18th seeded East St. John on a rainy night on a terribly sloppy field. The Panthers lost a heart breaker in double overtime by the score of 35-28.

The 2020 shortened season ended with a 2-3 record for the Panthers. However, the groundwork for success was laid by the Panthers.

“Going into next season, we plan on using this off-season to get better all-around as a team. We are going to take the gains we got this season, along with the things we need to improve on, and come back next season bigger and better. We have 9 of the 11 starters on offense returning and 6 of 11 defensive players returning. We also have a lot of returning players that gained some valuable playing experience this season.”

The Panthers were led this season offensively by Sophomore Quarterback Rickie Collins, who threw for over 1400 yards in 5 games. Rickie broke the Woodlawn High record for passing yards in a single game with 465 yards. Wide Receivers Clayton Adams, Jaylen Henry, and Kyle Jones all caught multiple balls and multiple touchdowns this season. Running Back Amani Givens, along with Jayveon Haynes and Caleb Morgan, carried the load for us in the run game behind a strong Offensive Line that will return three starters.

Defensively, Woodlawn was led by a host of Panthers. Senior Linebackers Lanard Harris and Aaron Gooden, along with Junior Linebacker Mason Watson, stood out as production leaders for the Panthers defense this year.

Coach Randall summed up the Panther football season by saying, “Due to the loving brotherhood that is being formed with a great group of coaches and players, I would like to just express the love and joy I get when coming to school, practice, games, workouts, etc. We are building something special!”