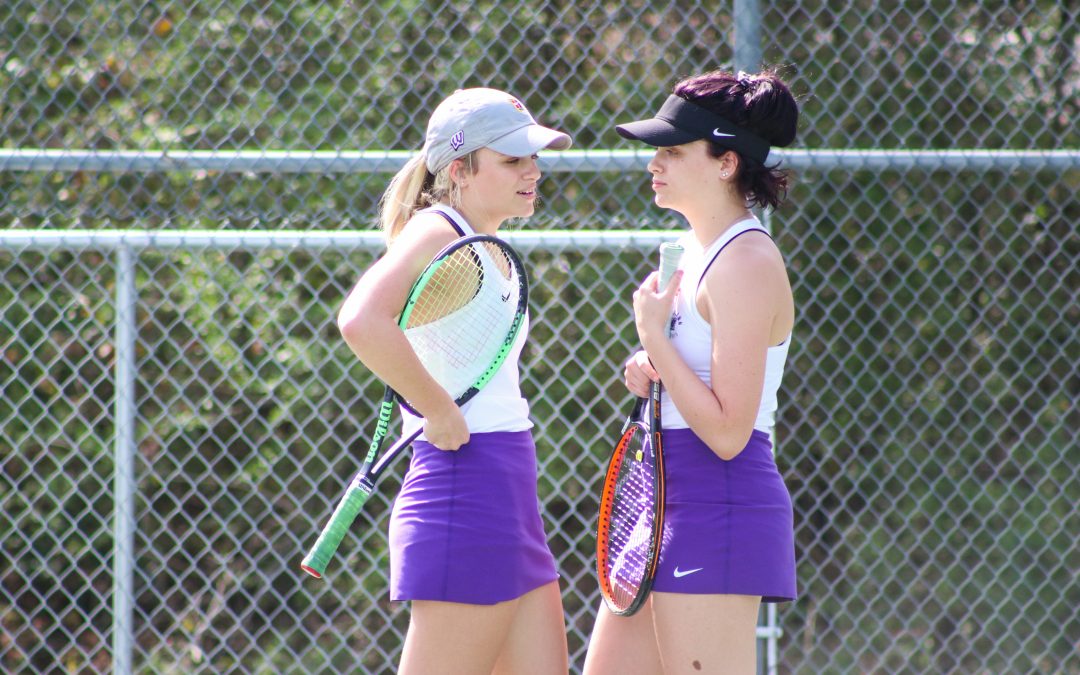 This article was originally published on GeauxPreps.com by owner Hunter Bower.

Halle and Leah Medine have spent most of their lives on the tennis court.

The twins began playing tennis at the age of ten, and both enjoyed the sport. As freshmen at Woodlawn High School in Baton Rouge, tennis was not an option, so both girls decided to participate in volleyball for the school while continuing to play tennis in their spare time.

A decision was made to bring back the tennis program in the spring of 2018. Since day one, both sisters have played an integral part to lift the Woodlawn netters to prominence.

Halle and Leah were the only two freshmen members of the first team Woodlawn High fielded in nearly 10 years. The girls quickly made an impression on head coach Brent Broussard.

“Halle and Leah have done everything that could be expected of them as members of the Woodlawn High Tennis team,” said Broussard. “The girls come to practice consistently, ready to work. They put in extra effort outside of our team practices, taking private lessons and scheduling extra matches. They have also been willing to do whatever is asked of them to help the tennis program succeed, such as volunteer their weekends and summers to work concessions as fundraisers.” 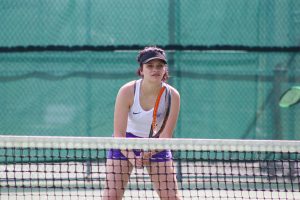 Halle Medine gets ready for the next serve as she leads her Woodlawn tennis squad.

The twins each competed in singles that year, and Leah finished as the Regional runner-up. Leah went on to compete at the State Tournament and finished as a State Quarterfinalist.

During their sophomore year, Leah again competed in singles competition. This time, she was the Regional Champion, and once again was a State Quarterfinalist. Halle competed in doubles and finished the season with a 13-1 record.

The twins decided to team up and compete as a doubles team for the 2021 season. As the season heads towards Regional play, Halle and Leah currently have a doubles record of 5-1. They have each won their only singles match of the year. They are also leaders on the practice court, consistently helping the less experienced players with their game.”

“Halle and Leah also volunteer their time in the tennis community,” said Broussard. “They have enjoyed being able to teach lessons to 4- and 5-year-old kids just beginning to enjoy the sport. They have also volunteered for multiple years at the Cajun Classic, a tournament consisting of over 100 of the top wheelchair tennis players in the world.”

The Medine sisters are seniors in the Gifted and Talented Program at Woodlawn High School. Leah has a cumulative GPA of 3.9 and Halle has a 3.8, all while taking advanced level classes. The girls plan to attend LSU after graduation. Halle plans to major in Psychology, and Leah plans to study Biology.