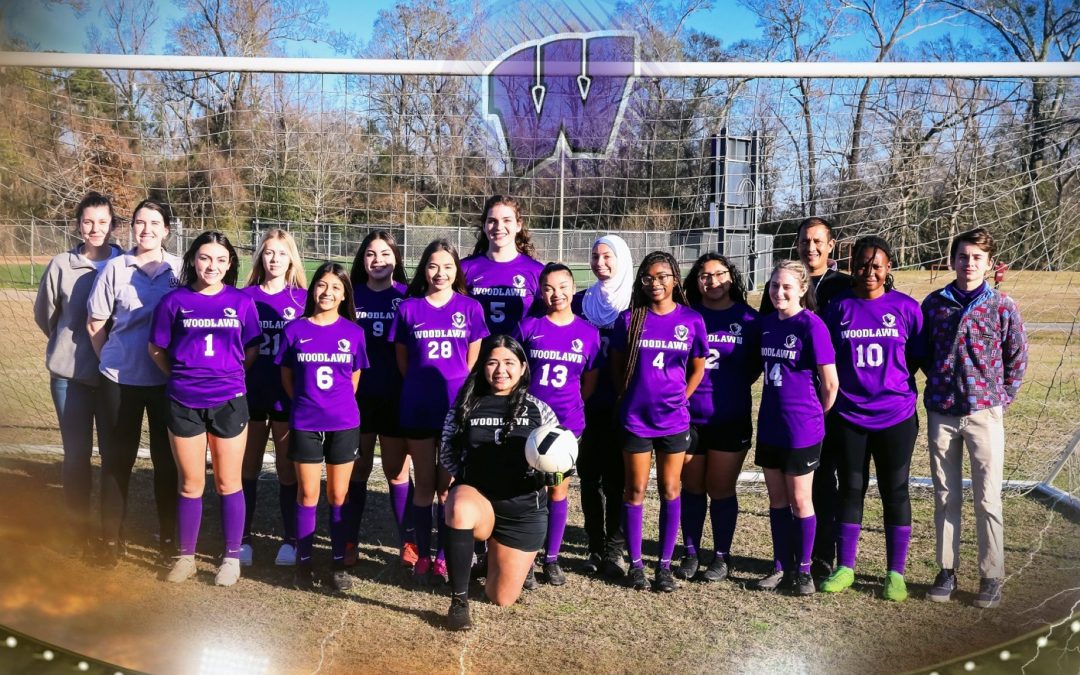 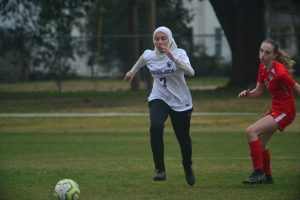 Junior forward Seema Kawji led the Panthers with ten goals scored this season. She returned to her forward position this year, and was named All-District for the third straight season. Kawji has been named to the first team for two straight seasons. She has consistently been near the top of the Lady Panthers’ goal production during her time with Woodlawn.

Sophomore Layla Shelton was a breakout performer for this year’s Lady Panther soccer team. The sophomore forward broke into the starting lineup this season after being a reserve at defensive midfield last year. Shelton’s quickness was her biggest asset as she attacked defenses and was able to score her first career goal. She was also named to the Division II District 4 First Team.

The final Lady Panther selected to the first team was Marie Sierra. Sierra, who could not compete her freshman year due to an injury, made the most of her first year on the pitch. The sophomore stepped into a starting position with the Lady Panthers as a center midfielder. Sierra’s athletic ability was as evident in soccer as it is in the other sports she participates in.

The four Lady Panthers first-team players not only excelled on the field this season; the girls also combined for an average 4.43 GPA. 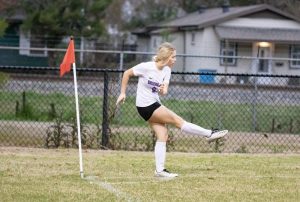 Junior Mikaela Mattix was named to the All-District team this season.

The Lady Panthers also had two seniors who stood out both on and off the field. Kasangandjo and goalie Julyana Espinal brought a wealth of experience and dedication to the program. Both players excelled in the classroom, carrying a combined 3.7 GPA. The two seniors have been accepted into multiple universities and will surely continue to be leaders in their future.

While the final record for the Lady Panthers did not meet their expectations, the girls showed heart and determination this season. They are eager to continue growing their team, with both the players that will return for the 2021-2022 season, and any new players that would like to join the program.

The goal for the program is to focus on our studies, team building, a building a culture of healthy habits, dedication, and teamwork.