JROTC LET IV Cadet of the Year Board Results 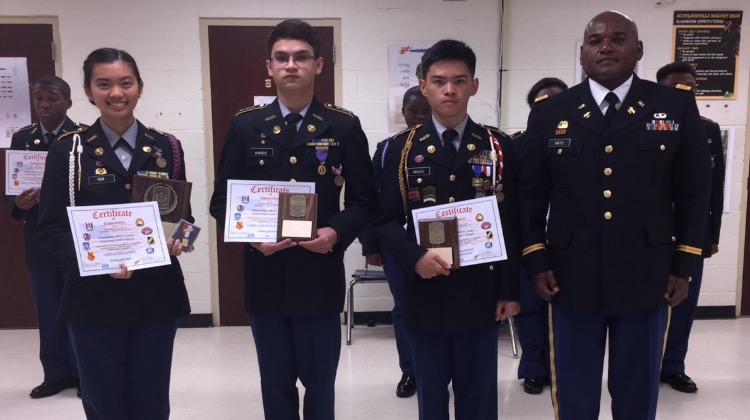 Congratulations to Cadet Captain Shane Harris for his efforts in the East Baton Rouge Parish School System JROTC Leadership Education and Training Level III Cadet of the Year Board. Shane earned second place from among eight highly competitive Cadets. He is an exemplary student maintaining a 4.46 GPA, ranked 10th in his class of 301 students. Cadet Harris serves as the Battalion S3 (Operations and Training Officer) for JROTC, a member of the National Society of High School Scholars and the Torch and Laurel Society. Cadet Harris is an exemplary student – a role model cadet for other students and Cadets to emulate.