This is part one of a four part series highlighting the students named to represent Woodlawn High on the 2016 Homecoming Court. The junior maids will be spotlighted Tuesday, followed by the sophomore maids on Wednesday, and the freshman maid on Thursday. 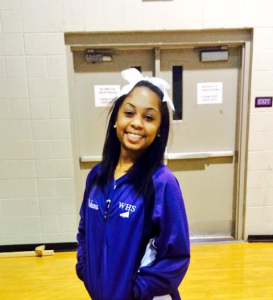 Nakavia was born in Monroe, LA on February 3, 1998. She has attended Woodlawn all four years of high school, and currently has a 3.3 GPA. She says that she enjoys participating in cheer and dance. Nakavia says that her favorite memory from Woodlawn High is of her “freshman year Homecoming game, when we won the football game 40-12 and later went to the playoffs.” She is most looking forward to graduation, and plans to attend ULM once she graduates. Nakavia says that if she could give any advice to the freshman class, it would be “to stay focused because everything will add up at the end. Make every year count.” 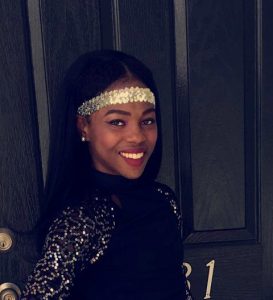 Monica is originally from nearby Plaquemine. She was born on February 27, 1998. A four year student at Woodlawn she currently carries a 2.8 GPA. Monica is a member of the Pantherettes and a member of the Lady Panthers soccer team. She looks back fondly upon her freshman year, when she was able to get onto the soccer field for the first time as a Lady Panther. After graduation, Monica plans to pursue a degree in psychology. Monica’s advice to the class of 2020 is “to not give up, keep pushing through the tough times, and finish strong.” 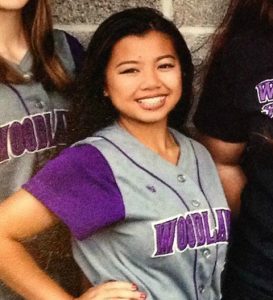 Lillian was born on May 23, 1999 in Lafayette, LA. She has been a Panther for four years and carries a 3.5 GPA. Lily runs cross country and is one of three captains for the Lady Panther softball team. She is also on the newspaper staff, and is the Panther football team sports writer for the school website and Panther Post. Her favorite memory at Woodlawn is the Warren Easton “game when the student section tossed baby powder. The class of ’15 had the best student section at Woodlawn!” Lily plans to put her time with the Panther Post to good use, and she intends to pursue a degree in mass communication and continue as a sports journalist. Lily’s advice to the freshman class is to “Study! Study! Study! Your academics are important in high school, so don’t let yourself get too far behind.” 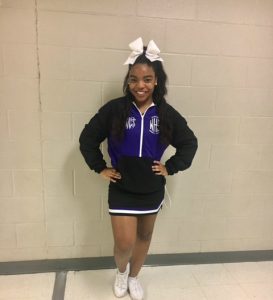 Kamryn, born right here in Baton Rouge on May 25, 1999, has attended Woodlawn for the past four years and maintained a 3.6 GPA. Kamryn is the captain of the cheerleading squad at Woodlawn. Her favorite memory from her four years here are the Homecoming weeks and all of the activities that go along with it. After graduation, Kamryn plans on attending Southern University and majoring in nursing. Her advice to freshmen is “to stay focused and enjoy all four years because they go by fast.”