Get Ready to Rumble!! 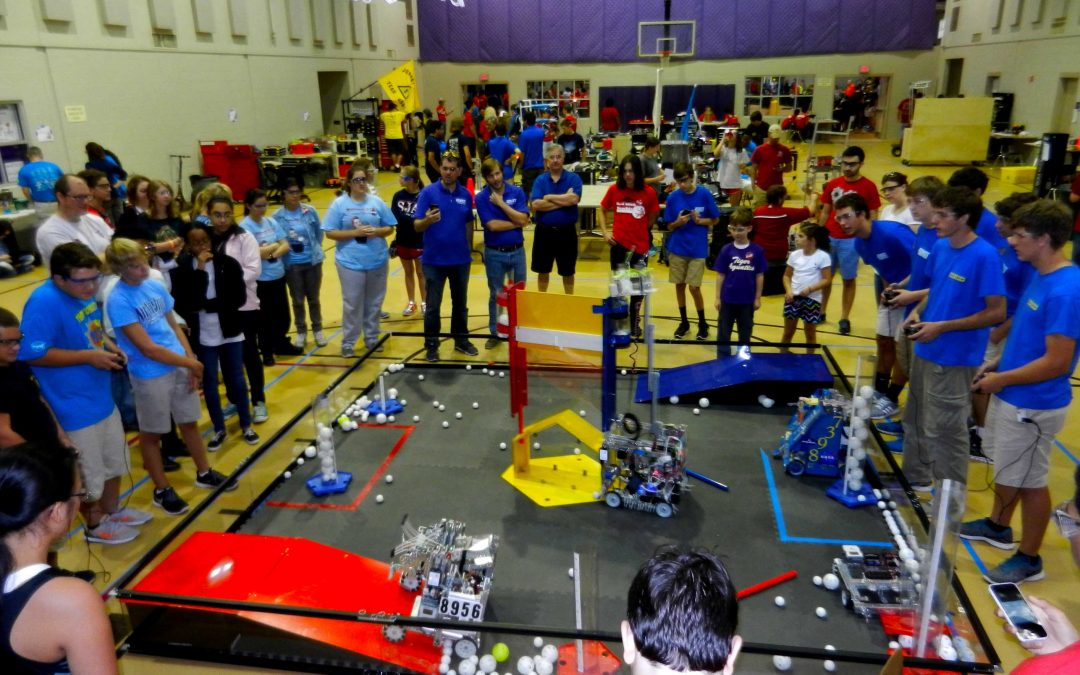 Red Stick Rumble is an off season robotics event that gives schools from all over another chance to compete with last season’s robots; it also provides a way to introduce rookie members into the organization. This is the third year we have held Red Stick Rumble at Woodlawn; it shows what robotics is about, as opposed to just explaining. Red Stick Rumble is the biggest school event as far as the number of people it takes to run. Students are assigned different jobs, such as field managers (leaders), directing crowds, and touring important guests (other members), which helps develop working and management skills.

There are three levels for schools to compete in: FRC (high school), FTC (some high, mostly middle), and FLL (elementary). FTC has smaller, kid friendly challenges and takes place on a 10 x 10 table. FLL shows elementary students how to build robots and helps them get ready for the new season. FRC takes place on a basketball sized arena, where high schools compete against each other at the same time, on the same field. They are put into groups of three, which are randomly selected, and work together for the fastest time, using preprogramed robots. This is one of the slower games, but what makes it interesting is that in one match a student could be working with another team, then competing against them in the next.

This year’s Red Stick Rumble was held September 12th 2015. The drivers representing Panthrobotics were: Seryna White, Chrishan Legeune, Alisa Wess, and Brennan Burleish. Panthrobotic’s success in the Red Stick Rumble was not winning, but instead managing to raise approximately $200 for a cure for Leukemia. They also had 25 people to donate blood, almost 2 times more than expected! The choir sang the national anthem at the beginning of Red Stick Rumble, and the JROTC managed to raise over $1000 for their program through concessions. Danielle Massey was the announcer for FRC, which had 15 groups participate, while FTC had 18 groups participate, and FLL had over 190 participates. That was the largest in the state! Mr. Eiland, the Panthrobotics sponsor, counts this as the most successful Red Stick Rumble to date, and the team hopes to have many more in the future.