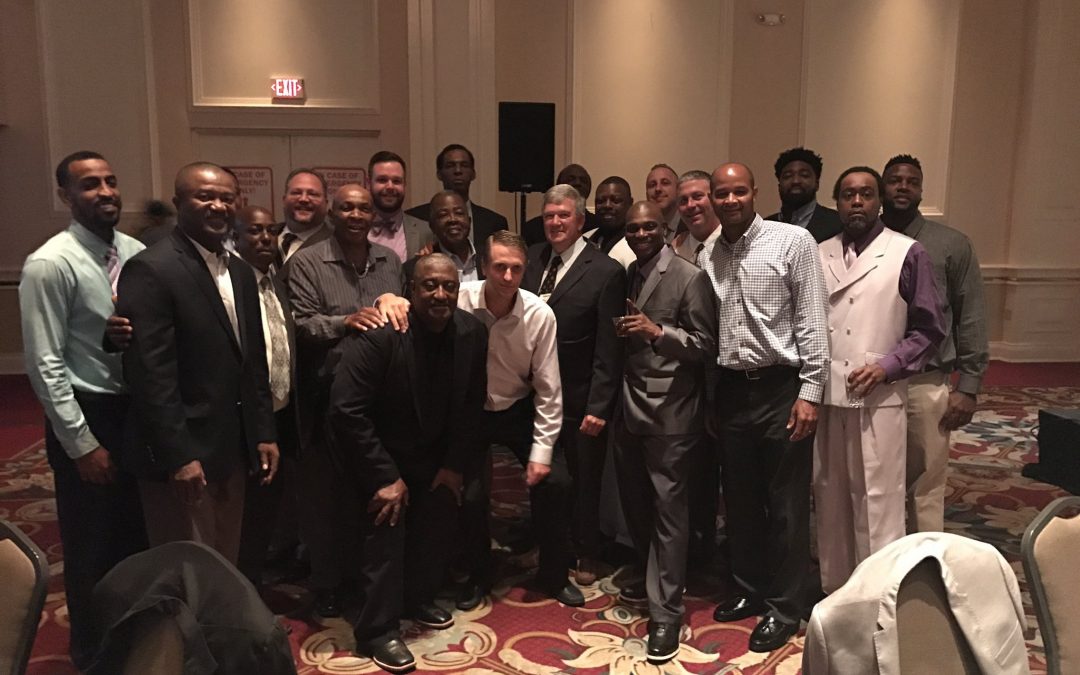 Two former Woodlawn High School coaches with a rich history in Louisiana were recently elected to the Louisiana High School Sports Hall of Fame. Kenneth “Kenny” Almond and Don Jones were both members of the 2017 Induction Class. The coaches, along with seven others, were inducted at the 39th Annual Induction Ceremony held on April 12, 2017 at the Crowne Plaza in Baton Rouge. 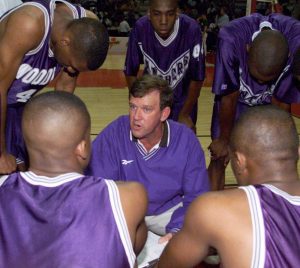 Coach Kenny Almond speaks to his Woodlawn team during a break in action.

Almond began his coaching career at Baker Junior High School as the seventh grade basketball coach in 1971. He spent four years there before landing his first high school job as the head basketball coach at Central High.

After a two-year stint at Central, Almond became the head basketball coach at Lee High School, where he led his team to a district title and state runner-up finish in 1982.

Almond went on to coach at three more schools in Baton Rouge and the surrounding areas, with his most successful stop here at Woodlawn High. While at Woodlawn, Almond compiled a record of 455-167, giving him a winning percentage of seventy-three percent. During the 2001-2002 and 2002-2003 seasons, Almond’s Panthers were ranked as high as number two nationally and won 56 straight games. His Woodlawn teams also won nine district championships, three state runner up titles, and three state titles.

During Almond’s 39-year coaching career, he compiled an overall record of 892-402 and earned multiple awards and honors. In total, Almond won three state championships (all at Woodlawn), four state runner-up titles (three at Woodlawn, one at Lee High), and two additional state semifinal appearances (both at East Ascension). He has been named Boys Basketball State Coach of the Year three times, District Coach of the Year fourteen times, and the Advocate Metro Coach of the year twice. In 2014, he was awarded the Louisiana Mr. Basketball Award and was inducted into the LHSBCA Hall of Fame in 2013.

“To be included in this group of coaches being inducted into the Louisiana High School Sports Hall of Fame is certainly an honor. This is nice..humbling really,” Almond said. “This honor is shared with and could not have been accomplished without the athletes, coaches, and managers that I was so fortunate to work with. And it’s a reminder that things were really good.”

Jones began his coaching career in 1971 at LaSalle High School as the head football coach. This stop was the first of many for Jones during his 35-year career. He went on to coach at eight other Louisiana high schools, including his final stint here at Woodlawn. 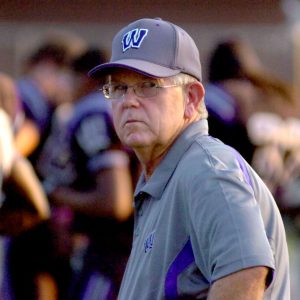 Coach Don Jones is seen during a game versus Central in 2012.

Jones was the head coach at Woodlawn from 2006-2012. In that time, Jones led the Panthers to two district titles and four playoff appearances.

Jones’ teams won fifteen district titles, and he had a career record of 233-150-3 as he coached at schools in the Baton Rouge, Acadiana, and Monroe areas. Jones also spent seven seasons at an assistant coach at University of Southwestern Louisiana (now University of Louisiana-Lafayette) before returning to the high school ranks.

Jones success as a high school football coach earned him many honors and awards, including the District Coach of the Year eleven times and the LHSCA 25-year plaque in 2003. Jones was highly involved in the LHSAA, LHSCA, and the LFCA. He was the LHSCA All-Star Football Coach in 1999, the LHSCA President in 2002, and served on the LHSAA Executive Committee from 2004-2005.

“I have been so blessed to coach the greatest sport on earth for forty plus years,” said Jones. “There is nothing like “Friday Night Lights. I could not have achieved the success that I’ve had without the support of my family. I also owe this honor to every coach that I worked with and every player that I have coached with which made it all possible. Being inducted into the Louisiana High School Sports Hall of Fame is very humbling.”