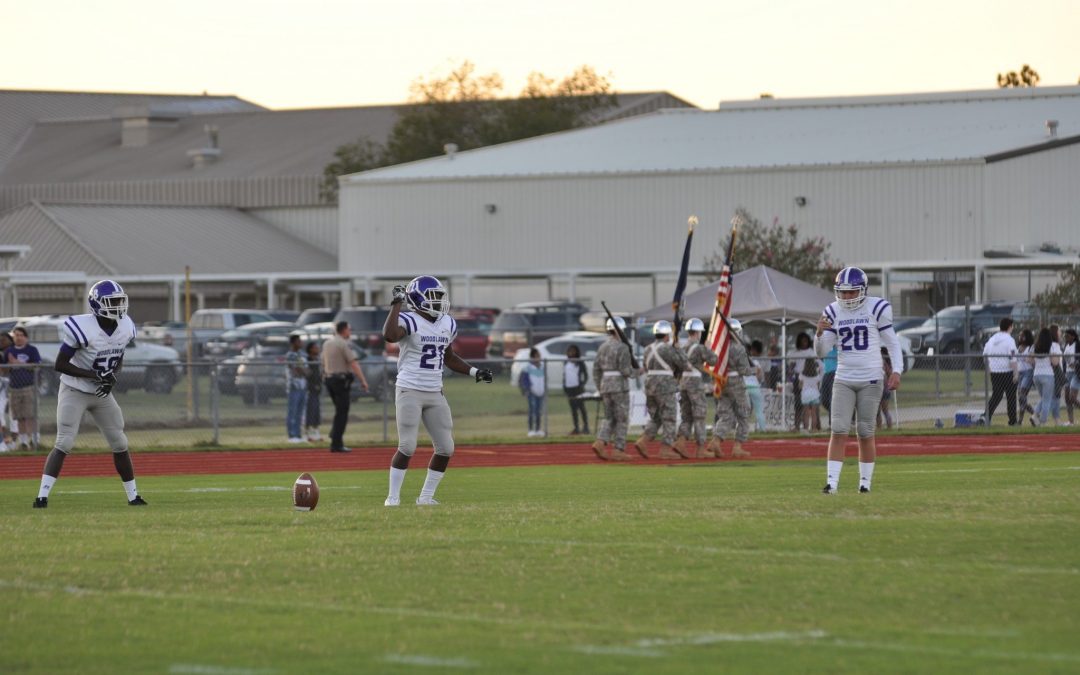 The Woodlawn Panther football team notched their first win of the season behind an outstanding defensive effort and two touchdowns by Louisiana Tech commitment Xavier Lodge.

Lodge took the first snap of the overtime period from the ten yard line, broke a tackle at the line of scrimmage, then carried multiple Hammond defenders into the end zone to give the Panthers their first lead of the game. 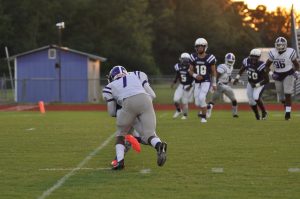 Woodlawn’s defense had to take the field for one final possession in order to preserve that lead. On second and goal from the two-yard line, Hammond’s quarterback fumbled the snap, and junior defensive lineman Kenneth Augustus pounced on the loose ball to send the visitors’ sidelines into celebration.

The Panthers used a ball control offense, often featuring Lodge or senior running back Chris Middleton at quarterback in wildcat packages, to dominate both the time of possession and the total number of plays. Woodlawn used 42 rushing attempts to gain 139 yards and keep Hammond’s offense off of the field. The Tornados finished the game with only 36 total plays, compared to the Panthers’ 61 plays.

As is often the case, special teams also played a huge role in Friday night’s contest. Each team fumbled a punt return and lost it to their opponent, and Hammond’s only points of the night came via a punt return with 4:30 to play in the first quarter.

Junior punter Jacob Barnes’ punt was picked up by a Hammond returner, who was quickly met by junior long snapper Evan Larson. A host of Panthers converged on the ball carrier, led by senior linebacker Kerrington Hill, who poked the ball from the grasp of the Hammond player.

However, luck leaned in the Tornadoes favor, as a Hammond player picked up the loose ball and raced 75 yards down the visitors’ sideline for Hammond’s first and only points of the night.

Two series later, Woodlawn took over on their own 36 yard line following a ten yard return by senior defensive back Braylyn Jones. On second down, senior quarterback Brian Byrd found junior receiver Bryson Reaser for a 14 yard gain. The Panthers were aided by a 15 yard penalty for a late hit on Reaser after he was knocked out of bounds. The Panthers controlled the ball for eleven more plays, with Lodge finally reaching the end zone on a four yard carry, knotting the score at seven.

Neither offense was able to cross the goal line again in regulation.

The Panthers (1-1) held the Tornadoes (0-2) to 21 total yards. Eleven of those yards came on the ground on 29 carries, while Hammond completed 4 of 7 passes for ten yards. Much of that yardage came on the final drive of regulation, when the Panther defense sat in a prevent defense to keep the game tied.

“The defense continues to keep us in games. We must do a better job in the other two phases of the game to be successful going forward,” Woodlawn coach Daniel Luquet said. 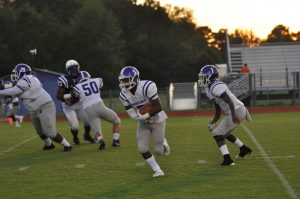 Byrd, in only his second start since returning from a knee injury which ended his junior season, improved from the season opener. The quarterback completed 6 of 19 passes for 67 yards, but also threw two interceptions. He added 24 yards on 6 carries.

Each interception came in Hammond territory, with the second occurring after the Panther offense took over at the Tornado 29-yard line.

“You can’t lose the turnover battle and win many games,” Luquet said. “And when you’re given a short field by your defense, you have to capitalize. We will continue to work on the little things that will help with the overall process.”

Lodge and Middleton paced the running game with 16 carries a piece. Lodge tallied 65 yards and two touchdowns. Middleton had 45 yards on the ground, and added one reception for 16 yards.

Woodlawn will be on the road again in week three, as the Panthers travel to Broadmoor to take on the Buccaneers. Game time is set for 7 pm on Friday, September 15.