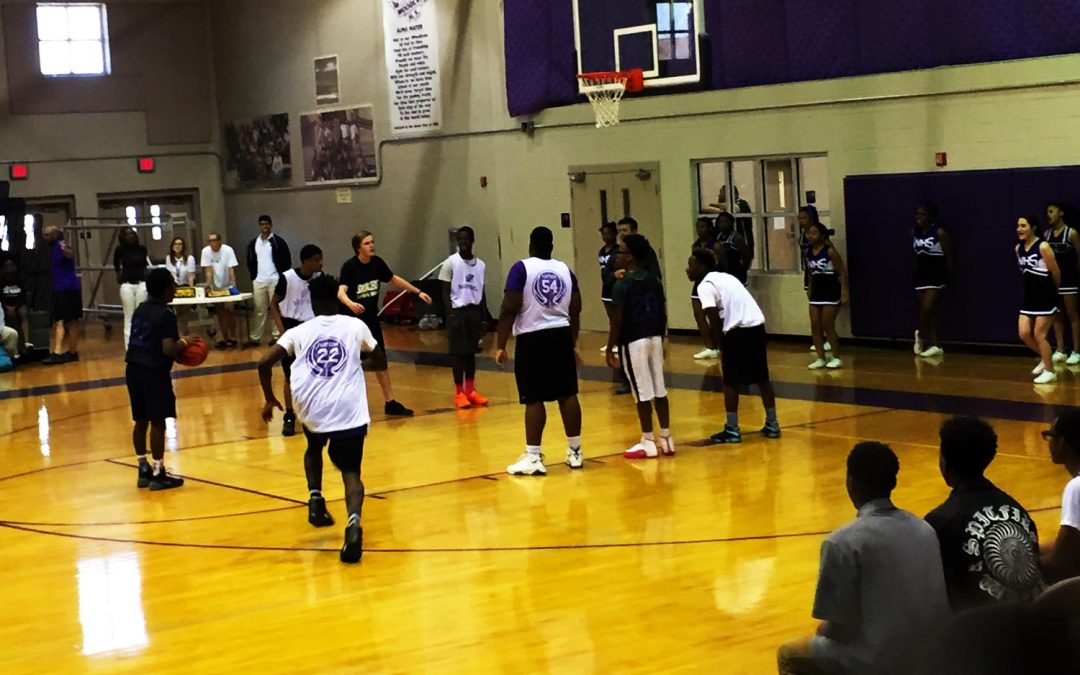 April 8th was the start of something spectacular! Four groups participated in the student vs. teacher basketball game: freshmen (black jerseys), juniors and sophomores (white jerseys), seniors (purple jerseys), and teachers. There were three games total, each consisting of two, five minute matches. The first two games acted as an elimination games to see what grade level would play against the teachers.

After an amazing half time performance by the cheerleaders, the final game arrived: seniors vs. teachers. This had to be the best game out of them all. The seniors did a good job blocking the teachers, but the teachers found a hole and made the first score of the game. This was a close game, much like the last one. One person who stood out in particular was Coach Lewis. He was, by far, the best blocker and proved to be a huge handicap to the seniors by scoring five times. The final score was 12 to 9, with the teachers being victorious.