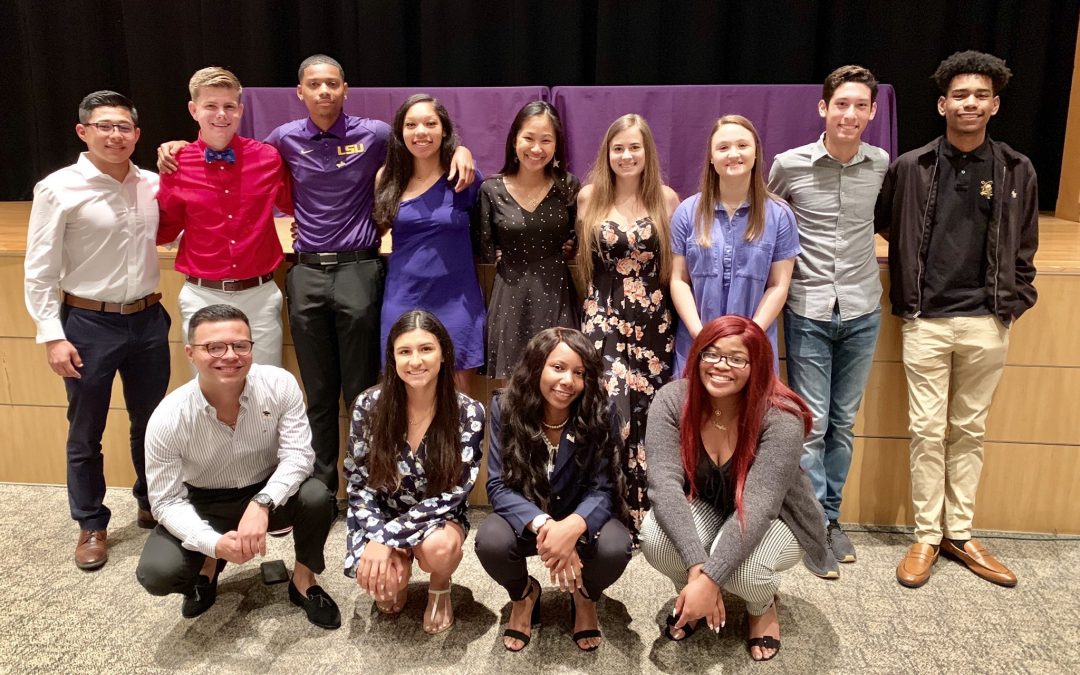 On Thursday, May 2, 2019, Woodlawn High School held the annual Senior Recognition Day in the school auditorium. Over 158 awards and recognitions were given out to nearly 100 students. There were 28 colleges, universities, and branches of the US Armed Forces represented during Recognition Day.

Throughout the spring semester, seniors were asked to bring acceptance letters to school in order to be recognized. College acceptances and military enlistments were recognized, followed by awards and recognitions more specific to Woodlawn High.

Next, seven seniors were recognized by the Louisiana Department of Transportation for work with their Adopt-A-Road Program. Those students were Jaslyn Espinal, Montrell Frank, Jamar Kenner, Summer Lewis, Kristian Mims, Celeste Raybon, and Nia Williams.

Jacob Barnes was the next senior recognized. Jacob was recognized as Woodlawn High School’s Student of the Year and was also awarded the Athletic Achievement Award.

Following Jacob, Jerry Tang, Spenser Gomez, and Mason Dellucky were recognized as AP Scholars by the College Board.

The final group of seniors recognized were departmental awards from faculty on campus.