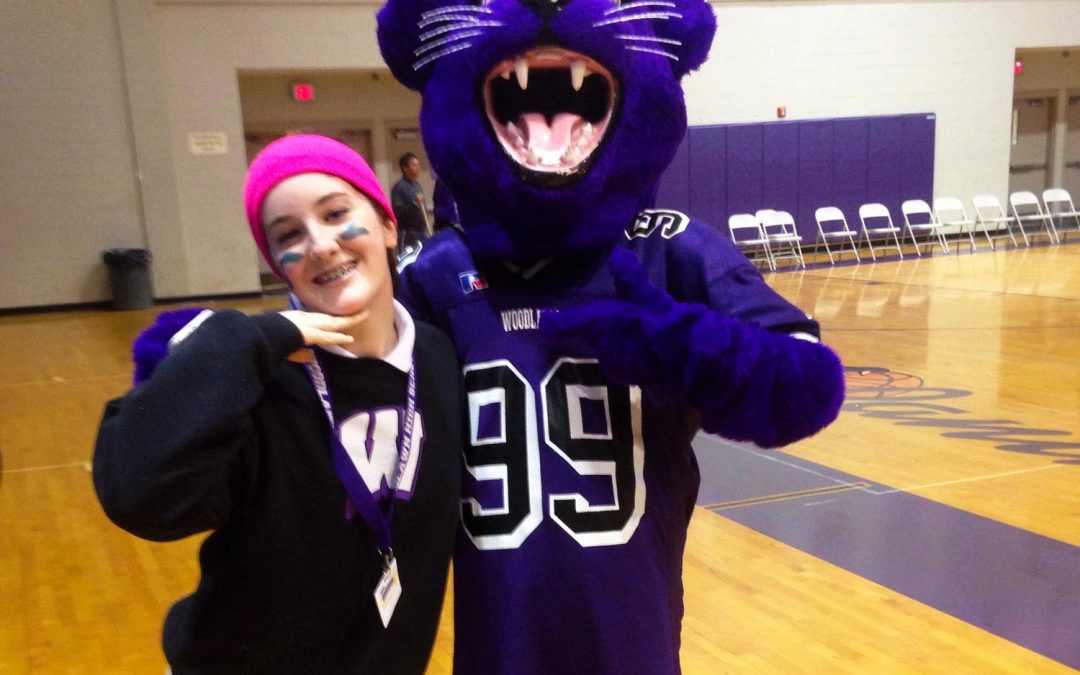 Woodlawn High School students have a lot of spirit and it was represented by the students and the teacher’s involvement in spirit week. On Tuesday we had “Tune Tuesday.” This allowed students to dress up as their favorite cartoon characters. We had many different characters roaming the hallways such as Superman, Minnie Mouse, and Pikachu. More students participated on this day than any other. On Wednesday we had “Wild Wednesday.” This was the day where students could dress up as either an animal or wear an animal print shirt, scarf, skirt, etc. The following day was called “Turnt up Thursday.” Students were able to wear a pair of jeans with their homecoming shirts. Students wore the Homecoming shirt on Thursday this year because Woodlawn High School’s Homecoming football game was on that night instead of Friday night. Our final spirit week theme was “Fifties Friday.” Students were told that they could dress up as if they were in the fifties. For example, female students could wear a poodle skirt because that was what people wore in the fifties. All in all, we had a very successful week, as our spirit was well demonstrated. Go Panthers!