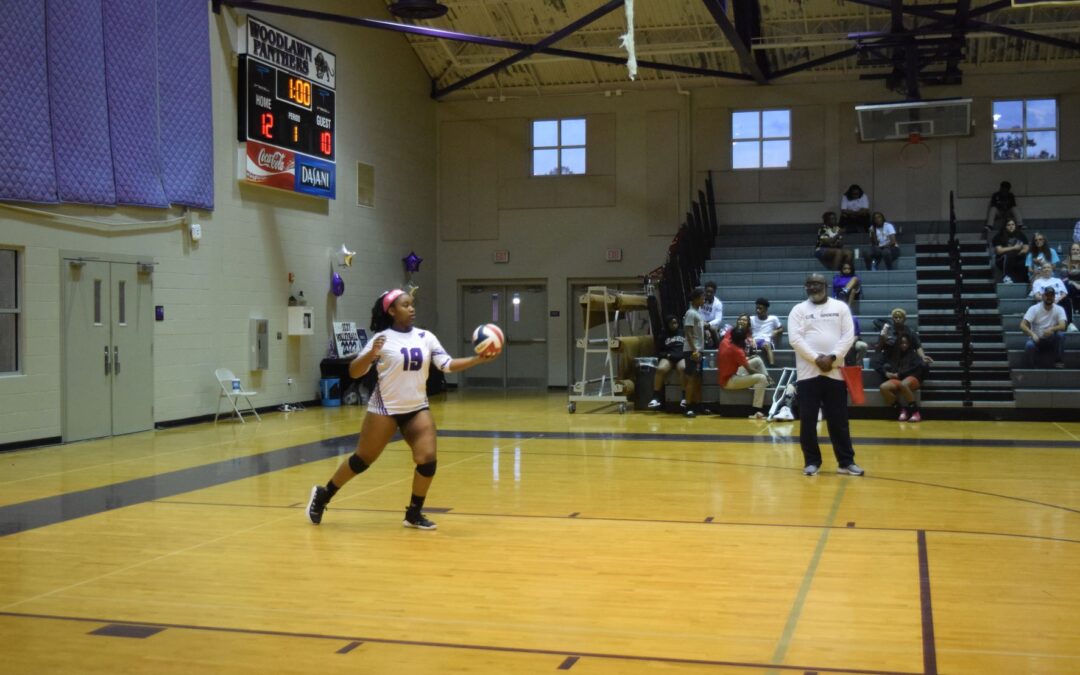 After a week of try-outs held in the Woodlawn High School gym, the coaching staff of the Lady Panther Volleyball Team has released the names of the members of the 2022-2023 Volleyball Team.

Congratulations to the following student-athletes have made the team:

Incoming student-athletes who were not allowed to tryout should email Coach Gonzalez at [email protected]. Final tryouts will be held on Monday, May 23rd at 3 pm. 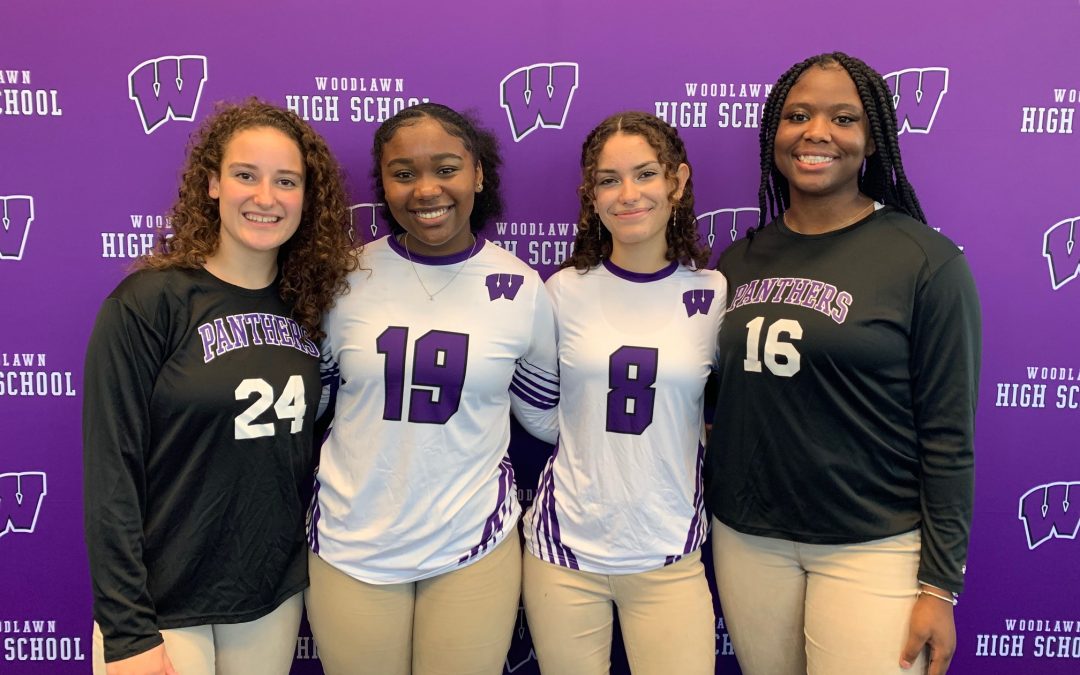 As the fall sports seasons at Woodlawn High begin, the Woodlawn Lady Panther Volleyball Team will be the first to take the courts. The Lady Panthers are looking to improve on last year’s 9-9 record in a season that was full of setbacks and delays.

Long-time Head Coach Nelson Malpica looks for leadership from six returning Lady Panthers. Leading the way is Junior Reagan McDowell, who was named to the 2020 All-District Team. Reagan will be joined by juniors Elyse Pitts and Marie Sierra, who look to add valuable experience to the Lady Panthers.

Senior Isabella Schamber and sophomores Branderia Graham and Kelis Conley are also expected to lead the Lady Panthers in the early parts of the season as other players gain experience.

“We need to work on improving early in the season, and hopefully peak in the playoffs,” said Malpica. “At the varsity level, we do not have a lot of depth aside from the six players we discussed. We will need others to step up on the varsity level.”

“Lacie played club and has experience from Woodlawn Middle. We think she can contribute very early in the season.”

The Lady Panthers are once again hosting two tournaments at Woodlawn. The Southland Invitational will be held September 3rd and 4th. The Rumble in the Jungle will be held September 24th and 25th. Outside of the tournaments, the Lady Panthers are looking forward to their District schedule as they look to improve from last year’s playoff experience.

The Lady Panthers will be on the court for the first action of the season in a scrimmage on Saturday, August 14th at 9 am. All tickets must be purchased online.

Season tickets can be purchased for the Lady Panthers by clicking here. 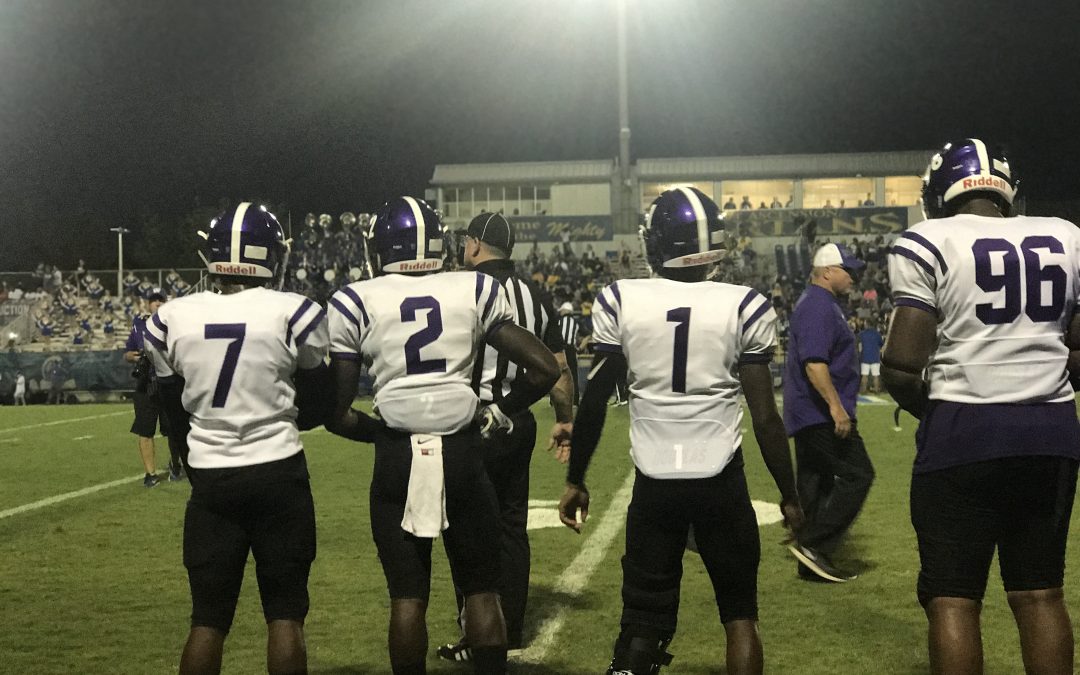 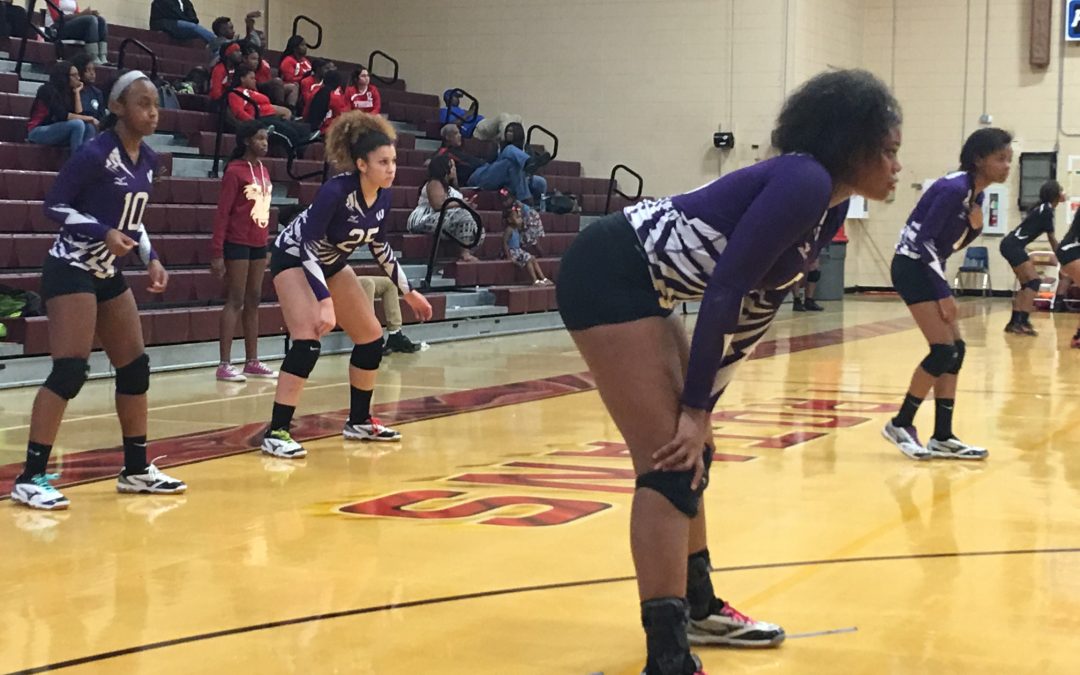 Volleyball Hosts The Rumble in the Jungle

The Lady Panthers volleyball team hosted “The Rumble in the Jungle” tournament on Friday, September 23rd at Woodlawn High School; matches started at 4:00pm, with new games beginning every 50 minutes until 8:10pm, when the last games of the night began. They continued playing matches on Saturday, September 24th, with games beginning at  8:00am. Bracket play began Saturday at 2:00 pm, with the Championship Game beginning at 7:20 pm. Games were played both days on three courts at Woodlawn High and another court at Woodlawn Middle. 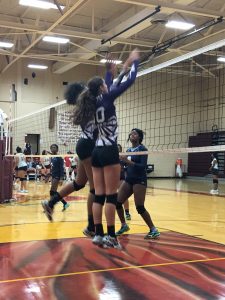 Hannah Luker and Kennedi Barnes attempt a block during the Tara Tournament.

When asked before the tournament if the players were ready and excited about the tournament, Hannah Luker said, “Of course we are excited, but our tournaments are always a tough competition and allow us to challenge ourselves.”

Twenty-five teams from across Louisiana participated in the tournament. Each team was placed in a pool which contained five teams each. Teams played all of the teams in their pool and received points according to how many games they won. Once the pool games were over, the top fifteen teams from the five pools were seeded and bracket play began. The winner of The Rumble in the Jungle was determined by these games.

In bracket play, Woodlawn defeated West Feliciana in a hard fought contest by the score of 25-23 and 27-25, before falling in the second round to eventual tournament runner-up Ben Franklin. Fontainebleau High School finished the tournament with a perfect 7-0 record and walked away with the championship. 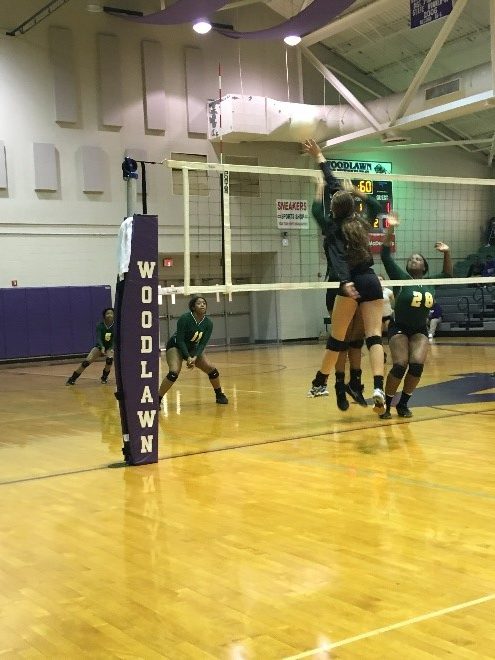 After two days of practice, Woodlawn traveled to Zachary on Thursday for a match up with the Broncos. The Lady Panthers were not able to come up with the victory, as they fell to host Zachary one set to three. 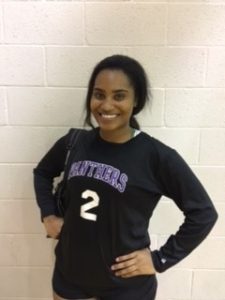 Senior Kerri Williams led the Lady Panthers to a 1-1 record this week.

The Lady Panthers return to action this weekend in the 2016 Tara Volleyball Classic. Woodlawn has been placed in Pool 4 along with Baker, Madison Prep, and Scotlandville. The Lady Panthers open the tournament Friday at 3:30 pm vs. Madison Prep on Court 2. On Saturday, Woodlawn will face Scotlandville at 8:45 am and Baker at 11:45 am, both on Court 2, before moving to play-offs at 2 pm.