With over 28 competitive programs in the district, these specialized programs offer students a quality education based on their learning style, skills, and special interests. The district offers dynamic, specialized magnet programs, such as the visual & performing arts, digital arts, academic, STEM, and pre-engineering themes. These programs are designed based on the specific learning needs of each student.

Magnet Programs have no tuition fees and offer the following:

Some of our students were recently interviewed about the Magnet Program at Woodlawn High. See what they have to say about their time here at Woodlawn High School and the Academic STEM Magnet Program. Also, check out the video showing the school grounds shot using a drone through our newest Magnet STEM class: Intro to Remote Vehicles, where students can earn their FAA Part 107 Remote Pilot License.

The videos can be found on our Woodlawn High YouTube channel or by clicking on the following links: 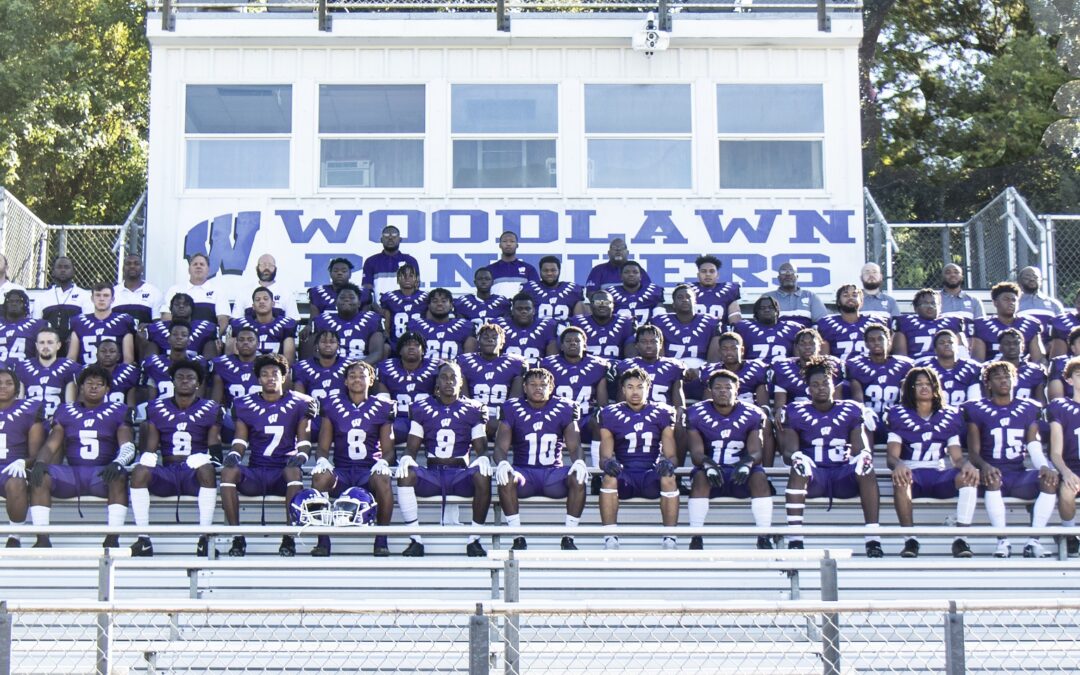 The Woodlawn Panther Football team had a shortened season last year due to the Covid-19 pandemic. The Panthers were only able to play four regular season games due to cancellations. The coaching staff and players are excited about the likelihood of a full season.

The Panthers finished the short season with a 2-3 overall record, but bring back talent at many positions on both sides of the ball.

The offense will be led by Junior Rickie Collins. The four star quarterback is a two-year starter with plenty of weapons to get the ball to offensively. Senior running back Amani Givens, Senior wide receiver Jaylon Henry, and Senior wide receiver Kyle Jones are looking to build upon last season’s success. Junior wide receiver Clayton Adams will be a weapon on offense as well as special teams.

Collins will be protected this year by Seniors Tylan Day and Jeron Lewis, along with Junior Roy Brackins.

Defensively, the Panthers return players at all three levels, and look for production from all of them. Junior defensive lineman and Senior linebacker Mason Watson look to be leaders in the box for the Panthers. In the secondary, Senior Marcus Stewart and Juniors Dezaray Delmore and Jordan Matthews are expected to continue their stellar play from last season.

Newcomers Lawrence Hillard and Deshawn Flowers are expected to push for starting positions on the offensive line and in the linebacking core, respectivley.

Coach Randall stressed that the goal of this year’s Panther team is to win district and improve on last year’s first round playoff defeat.

“With the veterans we have returning, we look to build off of last year’s season,” said Randall. “We feel that we have the talent to compete for the district championship and advance past the first round of the playoffs.”

The Panthers will begin the season with a scrimmage at Denham Springs on August 19th. The jamboree will be played at home versus Madison Prep on August 27th, before hosting Jesuit in the season opener on September 3rd. Weeks 4 and 5 pit the Panthers against two traditional 5A powers in West Monroe and Zachary, followed by the gauntlet that is District 5-5A. 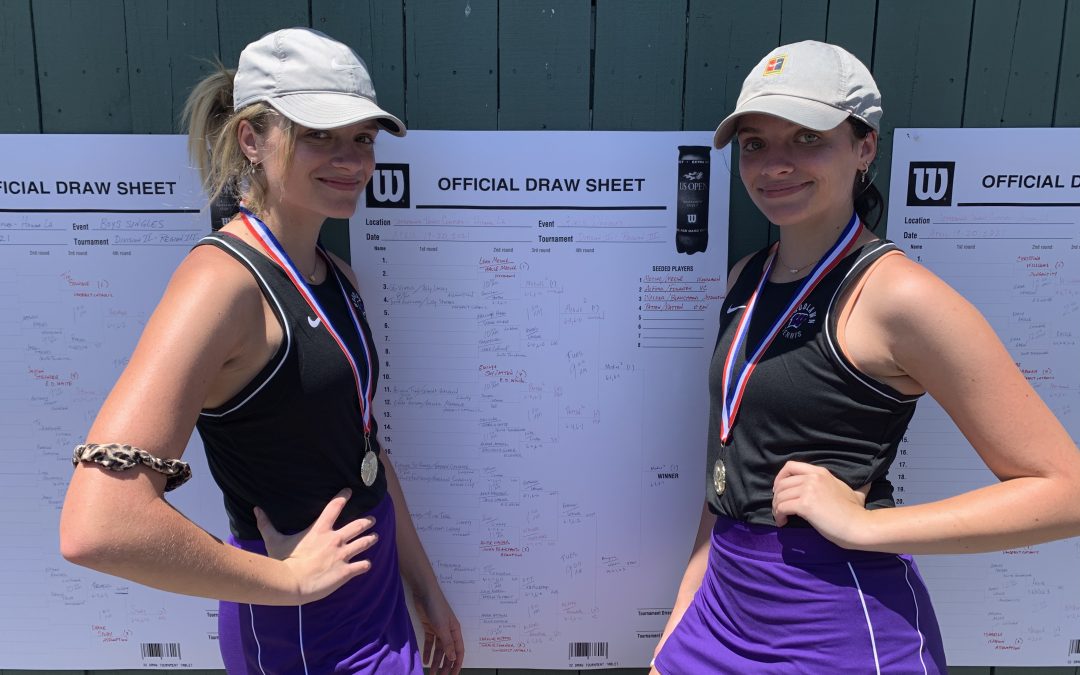 Like in all sports, experience in tennis is often the difference between a win and a loss. The mental aspect of the game of tennis is often overlooked as most players do not think much about what they are doing on the court. In big matches, nerves often creep in and overshadow any strategy that players worked on before the match.

Halle Medine experienced these nerves at this week’s Division II, Region 3 Tournament. Luckily, she leaned on her twin sister, Leah, for support when the stakes got high.

Leah has felt Regional pressure before. She was the Division II, Region 3 Girls Singles Runner-Up her freshman year and won the title of Regional Champion her sophomore year. Both years, Leah finished as a State Quarterfinalist.

“Leah has more experience in big matches than Halle,” said Head Coach Brent Broussard. “Halle had some nerves early in a few of the matches, but she was able to settle down as the matches went on. Leah having that experience certainly helped settle Halle.”

The Medines were given the number one seed by the coaches at the tournament seeding meeting which was held before the tournament. This ensured that they would not have to face another seeded team on the first day of the tournament and also gave them a first round bye.

After a slow start in their first match, the twins finished strong, moving to the quarterfinals of the tournament with a 6-2, 6-0 victory. The victory also booked their ticket to the State Tournament. Their second match of the day ended with the exact same score to send them to the Semifinals.

Day two of the tournament started with Halle and Leah facing the fourth seeded team in the tournament. The girls moved onto the finals with a 6-1, 6-1 victory.

In the finals, nerves slowed the path to victory, but could not stop it. After a shaky start, the Medines were down 3-2 in the first set. Halle and Leah won ten of the next eleven games to claim the championship with a 6-3, 6-1 victory. 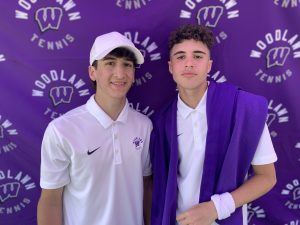 In the boys doubles draw, the second court team consisting of Dylan Aucoin and Brady Bertrand qualified for the State Tournament by advancing to the Quarterfinals of Regionals with two wins. The boys rolled through their first round match with a 6-0, 6-0.

The second round match, with a trip to the State Tournament on the line, was much more difficult. The Panthers dropped the first set 4-6, before storming back to win the second set 6-1. The third set tiebreaker came down to the wire, with Dylan and Brady coming away with the 10-8 win.

Other top performers from Woodlawn’s Tennis program were Christian Jones and Miriam Lindsay, who finished the tournament with a 1-1 record and fell just short of qualifying for the State Tournament, and Maxwell Bayles, who played an exciting two hour match before bowing out by the score 7-6 (4), 7-5. 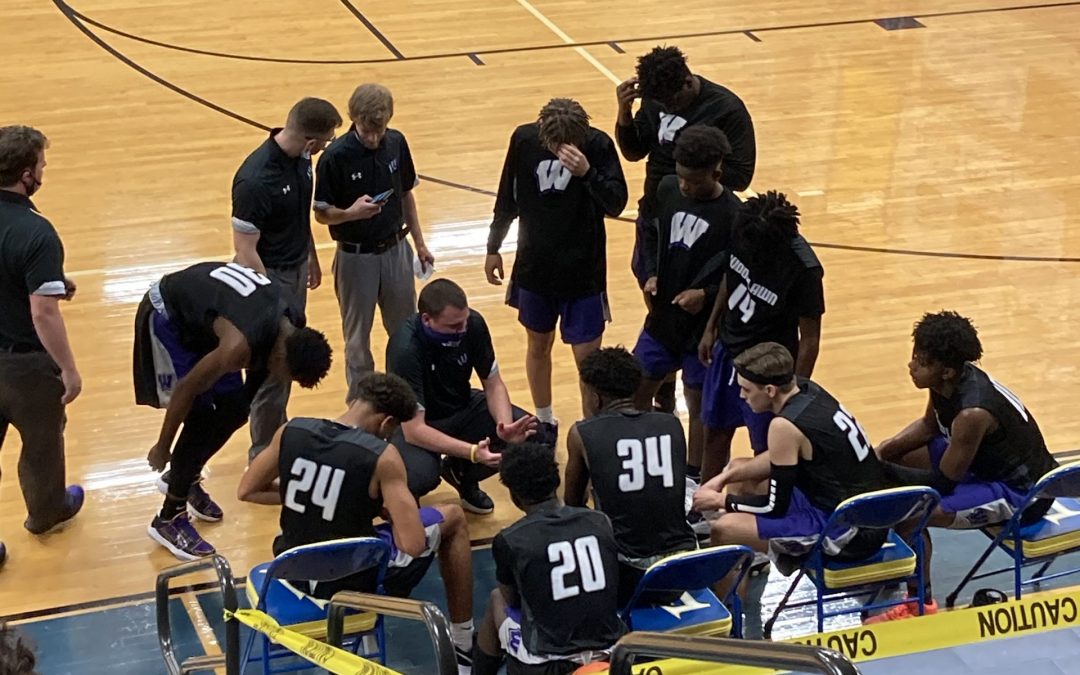 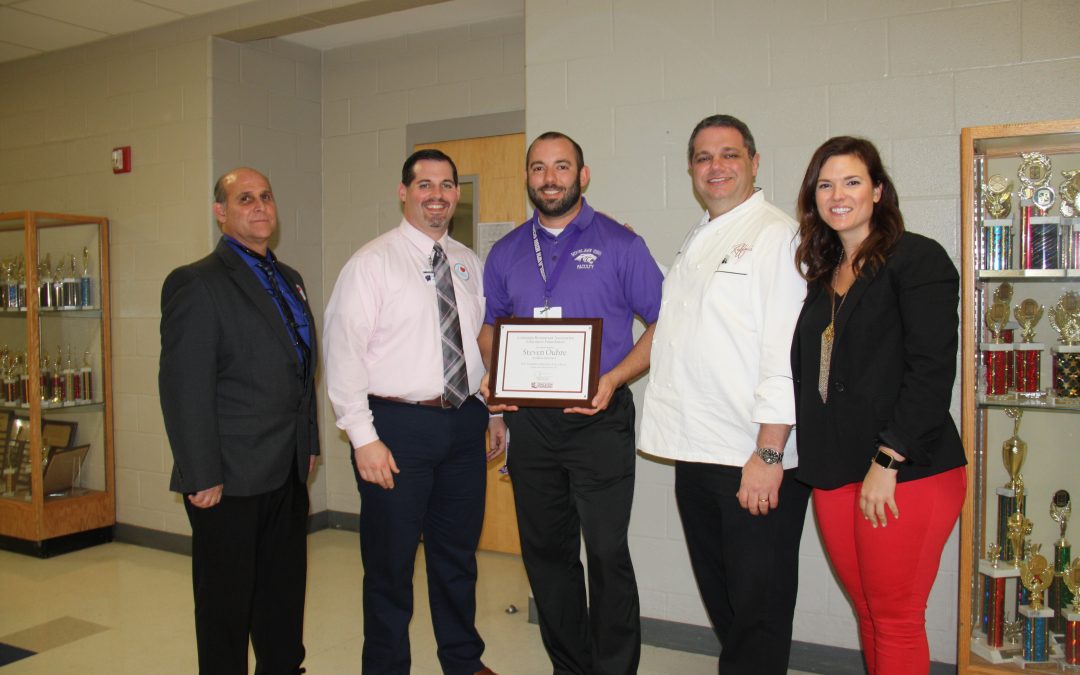 Steven Oubre, Woodlawn High’s ProStart teacher, was named the 2017 Louisiana Educator of Excellence by the Louisiana Restaurant Association Education Foundation earlier this month. Oubre was chosen by the board of directors of the LRAEF based on his community outreach programs for his students along with the numerous students who leave his program with additional industry certifications.

Oubre, a native of Patterson, Louisiana, is in his seventh year at Woodlawn High. After graduating from Patterson High School, he attended Nicholls State University. Oubre received his degree in Culinary Arts & Sciences. He began working as a Sous Chef at the Ernest N. Morial Convention Center in New Orleans before branching out on his own, starting a private chef company. From there, Oubre moved on to Woodlawn High School. 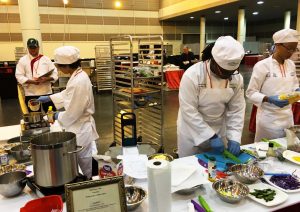 Students competing at the ProStart Invitational in March of 2016.

Oubre took over the ProStart program during his first year at Woodlawn. The program consisted of three students. Since that time, Oubre has grown the program to over 120 students. Each year, Oubre has brought students from Woodlawn to the LRAEF Louisiana Seafood ProStart Invitational in New Orleans at the Convention Center in which he once worked. The Invitational, which is held in March of each year, awards scholarship money to the top three teams in both the Culinary and Management categories. Students compete for scholarships up to $40,000 each. Twice Oubre’s teams have placed fourth in the Culinary category, just missing out on top three finishes.

Along with the March competition, Oubre brings ProStart students to the State Capital each year to cook for the House and Senate. His students are also looked to by athletic programs on campus, catering pregame meals for the football, boys and girls basketball, and softball teams. Oubre’s students have catered Honors Breakfasts, Senior Breakfasts, JROTC Military Balls, East Baton Rouge Parish School Board events, numerous parent nights, and even catered a wedding for a former teacher.

“Receiving this award was extremely special to me. It is nice to be appreciated and recognized for the hard work that you do. It was a great honor to be recognized, even considered, for this award. There are over seventy ProStart teachers in the state, many of them great teachers, so it meant a lot to be chosen for the award,” said Oubre.

In May, Oubre will travel to Chicago to the National Food and Restaurant Association Show. Oubre will compete against teachers from around the nation to be named the National Educator of Excellence. He will also be given the opportunity to discuss ProStart curriculum, strategies to improve the program, and upcoming changes in the program.

ProStart is the premier culinary arts program for high school students. ProStart gives students the opportunity to learn about the art of cooking and managing restaurants by training with professional chefs and receiving valuable classroom instruction. ProStart students are also given the opportunity to earn college credit and make money while still in high school.

The LRAEF is a non-profit organization that was founded in 1995 and is governed by a board of directors made up of restaurants, industry experts and educators in the hospitality industry. It exists to enhance the industry’s service to the public through education, community engagement and promotion of career opportunities. Visit the LRAEF website at www.lraef.org.