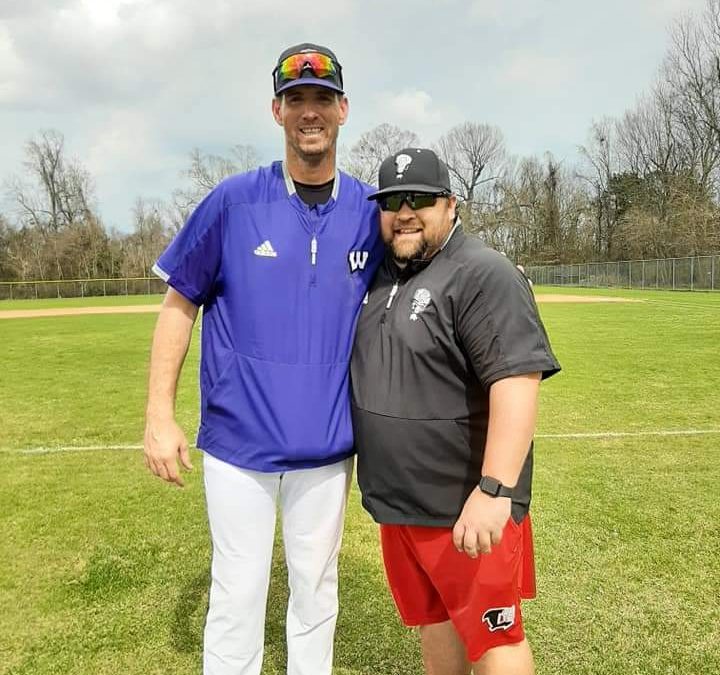 New Head Coach Jonathan Kohn knew the history of the Woodlawn High Baseball Program. Kohn grew up in Baker, and was always aware of the Woodlawn baseball teams. When he was named Head Coach, he knew that he needed to lean on that history in order to build for the future.

One of Kohn’s first attempts to build the program was to invite former players to Alumni Day. The Panthers faced Family Christian Academy on Saturday, February 27th in front of family, friends, and alumni. The Panthers did not disappoint their fans, as they came away with a 21-11 victory.

Woodlawn High was led by junior right hander Khalil Lee, who recorded the win on the mound. Lee threw four complete innings, allowing only one run, and striking out three FCA batters. The Panthers were led at the plate by senior outfielder Troy Washington and junior utility player Braeden Hodges. Washington went 2 for 3, including a three RBI inside-the-park homerun in the 1st inning. Hodges reached base all three at bats, with two hits and a walk.

Coach Browning took time to speak to the current team after the victory.

“Woodlawn has a long history of success in baseball. This program means a lot to many people, and they want to see this program successful. We will do our best, as alumni, to bring more members of the Woodlawn Baseball Family back to Woodlawn,” said Browning. “You, as current members of the program, are the key to the future success of this program.”

Coach Kohn would like to thank all members of the Woodlawn Baseball Alumni for attending Saturday’s game. A special thank you to Dustin Felton, Woodlawn Alumni member and owner of Rice and Roux, for providing post-game jambalaya for both teams.

Tickets to all Panther home games can be purchased at the Panther online tickets store by clicking here. Tickets will become available each Monday for that week’s games. 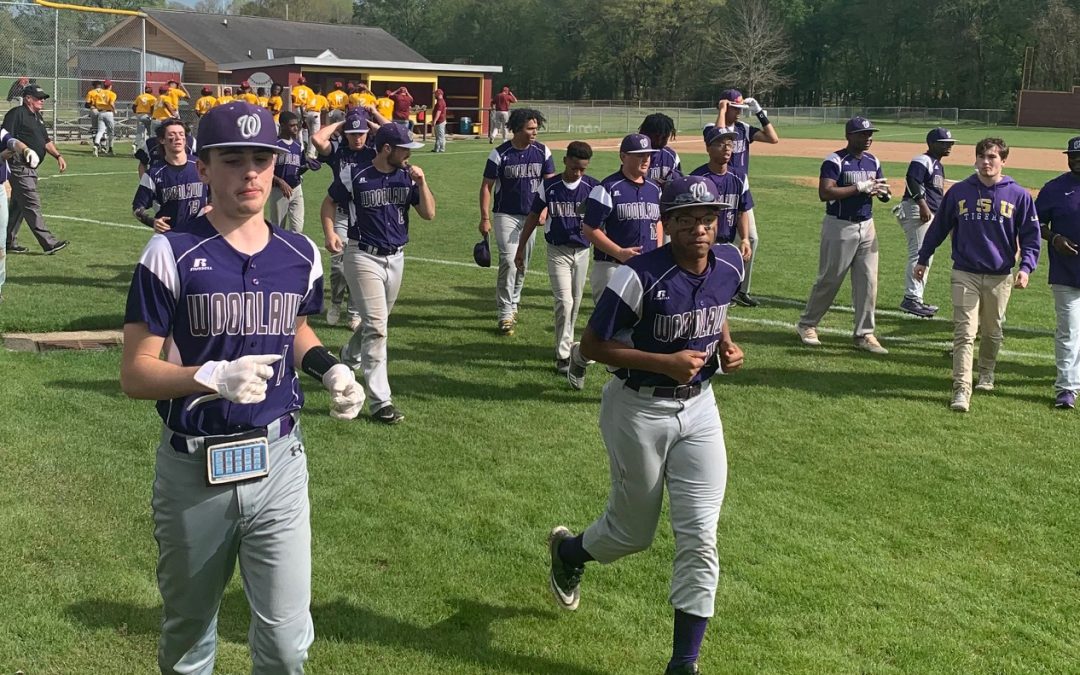 Panthers Looking to Past for Inspiration on Diamond

When first year Head Baseball Coach Jonathan Kohn accepted the position at Woodlawn High, he knew that there was a rich baseball history at the school.

“This program has a long history of successful baseball, and I hope to continue that winning tradition throughout the years to come,” said Kohn.

The Panthers were off to a promising start in 2020, starting the season with a 4-2 record before being shut down. Coach Kohn is looking for a core group of returning players to continue that start into the 2021 season.

Seniors Jude Serio and Terrell Landry are both returning starters that Coach Kohn will lean on for early leadership. Serio will play shortstop and will be a steady arm on the mound. Landry looks to continue to be solid as he returns to his role as first baseman. Junior catcher Khalil Lee, junior outfielder Braeden Hodges, and junior infielder Mekhi Thomas are also all returning to help the Panthers.

The Panthers look to be led by three main arms on the mound this year. Sophomores Rickie Collins and Kenny James will be joined by senior transfer Troy Washington, who will add a left-handed arm to the rotation.

Along with Washington, Kohn expects newcomers Derek Johnson, Hannan McCant, Jaden Sylvester, and Willie Nunnery to all fight for starting positions and add depth to the Panthers lineup this season.

Coach Kohn is excited about the beginning of the season and the challenges that his team will face.

“I am looking forward to competing in every game on the schedule. Every game is going to be a challenge for us. I believe we have a great group of young men that are willing to take on those challenges. That first game against St. John of Plaquemine will tell us a lot about ourselves and where we are at as a team.”

With these challenges, Kohn says that he as realistic expectations.

“My expectations are that all members of the Woodlawn Baseball program, players and coaches included, give their best effort day-in and day-out. We have a group of young men that have showed their commitment throughout the fall and winter to the Woodlawn Baseball program. Our players have to continue to be committed to getting better every day, as individuals and as a team. One of main goals for every season is to play our best baseball at the end of the season. I hope to compete for a district championship against our extremely competitive 5A district opponents.”

Because of the long baseball history at Woodlawn High, Coach Kohn is extremely excited about welcoming alumni back into the program. His first step is to host a Woodlawn Baseball Alumni Day, on February 27th.

“I am extremely excited about our Alumni Day. I am looking forward to seeing all the past members of the Woodlawn Baseball family come out to support us against Family Christian. We are looking forward to a great season, and go Panthers!”

For any questions about the baseball program, please reach out to Coach Kohn via email at [email protected].